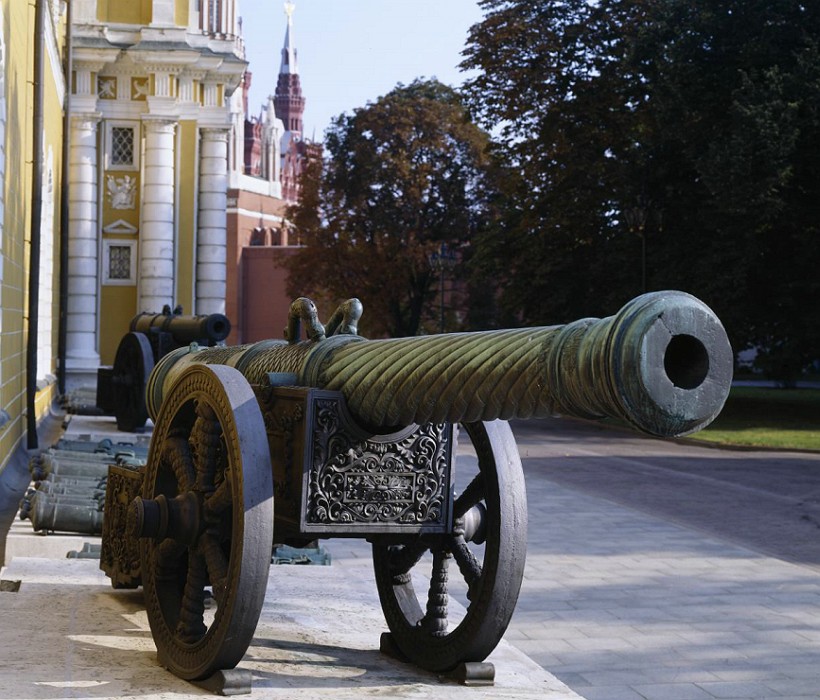 The collection of artillery pieces of the Moscow Kremlin Museums, numbering about 800 items, is one of the largest of its kind in Russia. It was initiated by Peter I, who had a plan to erect a storehouse for “various armament and military trophies”. With regard to the number of artillery pieces, the museum occupies the second place just after the Artillery Museum in Saint Petersburg. Today, the museum collection of cannons dating back to the 16th-19th centuries is placed along the southern and eastern façades of the Arsenal building and at Ivanovskaya Square. Except for several arms kept in the museum funds, almost all the rich artillery collection is exhibited before the public.

Artillery cannons were traditionally located in Red Square, partly at Spasskaya (Saviour's) and Nikolskaya Towers of the Kremlin. After Peter the Great's decree of 1706 about the registration of all memorial cannons, the artillery sent to Moscow was to be located by the Kremlin's Posolskiy Prikaz (Ambassadorial department). In the 1780s, old cannons were brought to the Kremlin and placed on the edge of Ivanovskaya Square and a stone marquee was built for big cannons. 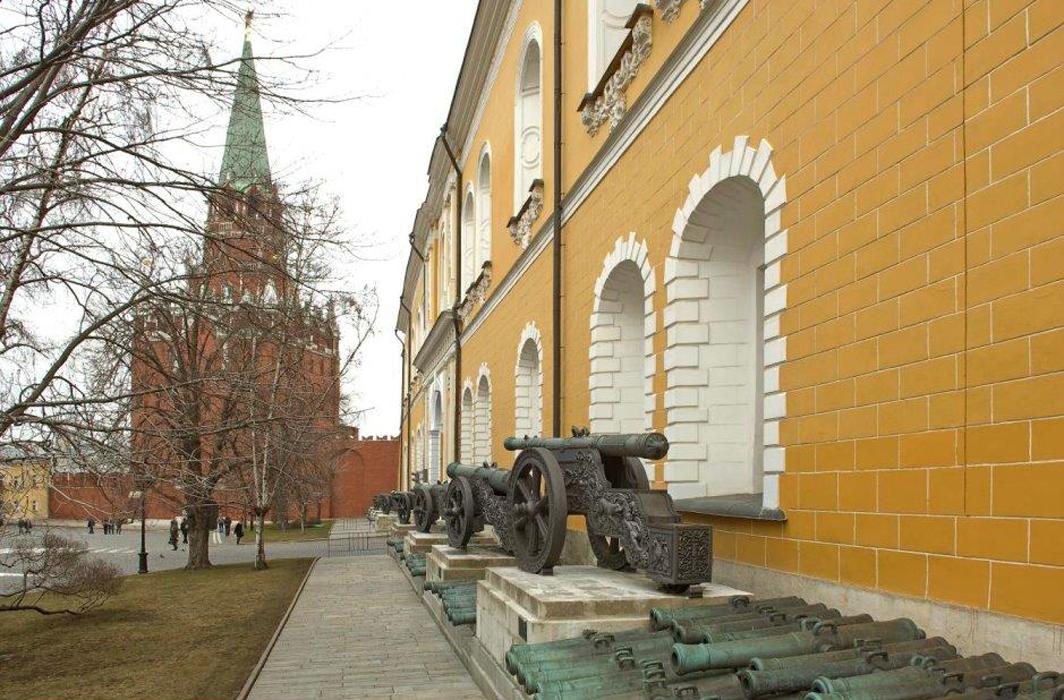 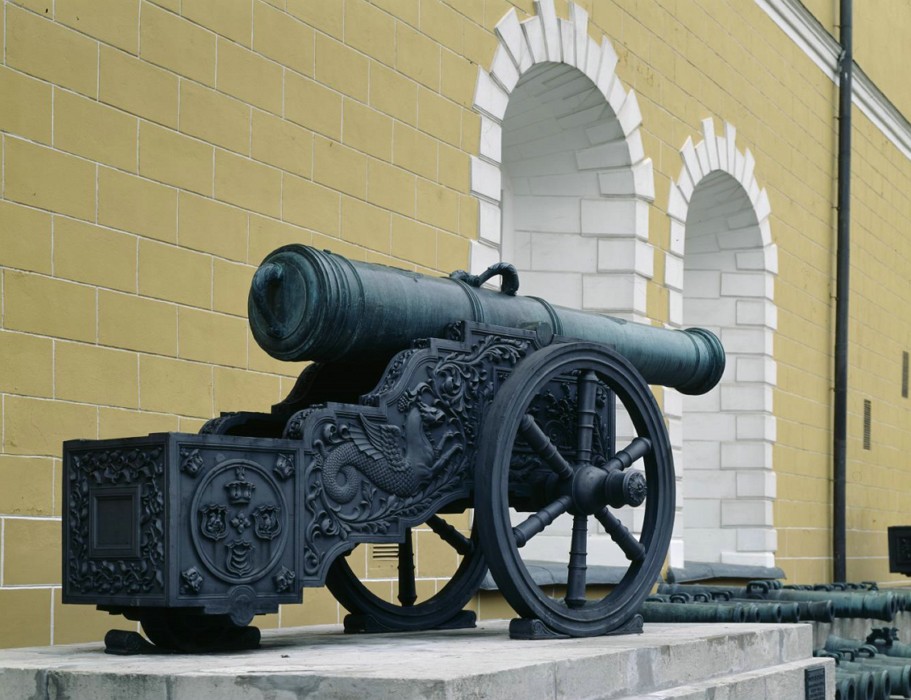 In 1812, when leaving Moscow the French army left more than a hundred cannons in the Kremlin. In addition to them, 875 guns abandoned by Napoleon's army at the fields of battles were transferred there by 1819. They were to form the exhibition of a prospective Museum of Patriotic War of 1812. However, the museum did not open and the cannons were placed on a special base in front of the Arsenal building.

In the 1830s, the collection of Russian artillery cannons was placed in front of the former Armoury Chamber. The most ancient and remarkable weapons of the 16th-18th centuries, including the Tsar cannon, were mounted on decorative cast-iron gun-carriages. However, the building was dismantled in 1860, and the cannons were transferred back to the Arsenal fronts. 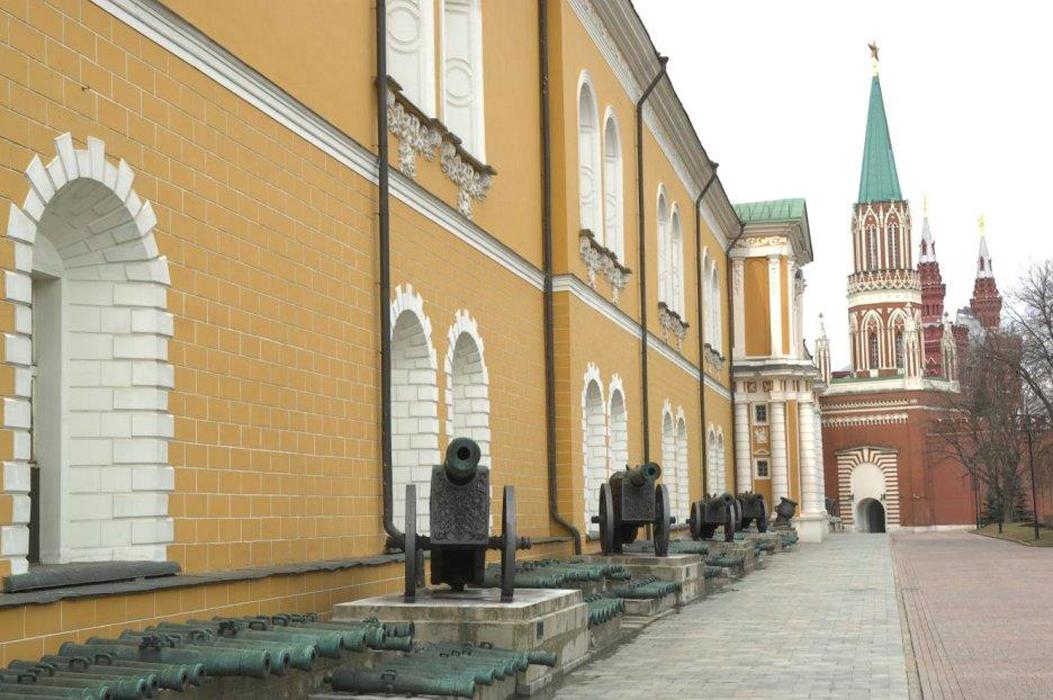 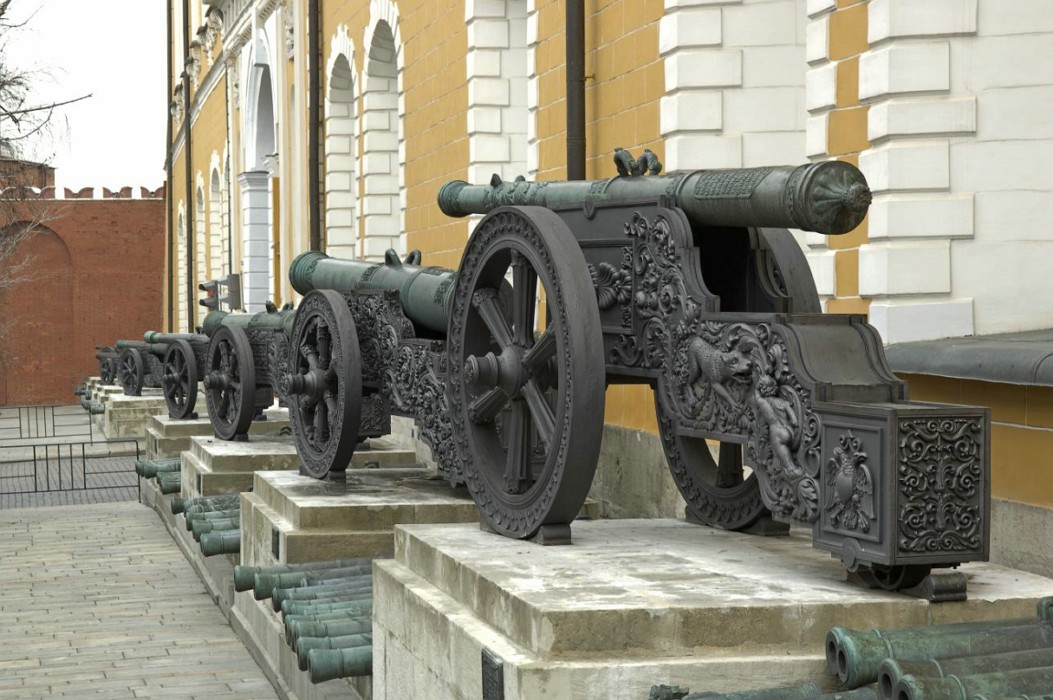 Nowadays, the collection in front of the Arsenal building incorporates 14 Russian cannons of the 16th-17th centuries, 15 cannons of the same period made by foreign casters and 754 cannons, mortars and howitzers—trophies of the Patriotic War of 1812. Among them, there are guns of France, Austria, Prussia, Italy, Spain, Holland and other European countries.

Of special interest are Russian cannons of the 16th-17th centuries cast by Andrei Chokhov, Martyn Osipov, Jakov Dubina and other famous Russian armourers. Each artillery piece has its specific feature. Many of them are adorned with ornaments and named according to the decor. Among them, there are two cannons cast by Andrei Chokhov in 1590 called ‘Troilus’ (with the image of the mythological king of Troy) and ‘Asp’ (a fantastic beast). There are also guns called ‘Unicorn’, ‘Gamayun’ with a bas-relief of a mythological bird, ‘The New Persian’ and ‘Eagle’ cast by Martyn Osipov in the 17th century. Each cannon is marked with a stamp telling the weight, date of casting and its master's name.

In 2012, 14 cannon barrels of the 17th - early18th-century Russia were transferred from the Arsenal to Ivanovskaya Square to form a new exposition near the famous Tsar Cannon. All the exhibited artefacts are supposed to have been used during military campaigns of the Russian army. Unfortunately, their gun carriages and ammunition is lost, and today the cannons are placed on decorative bronze stands on a white pedestal. 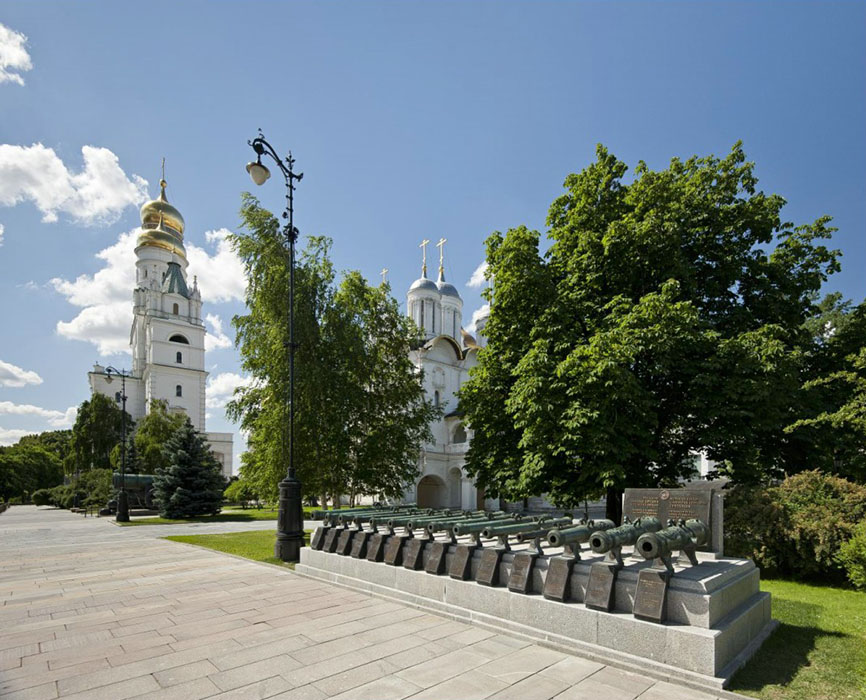 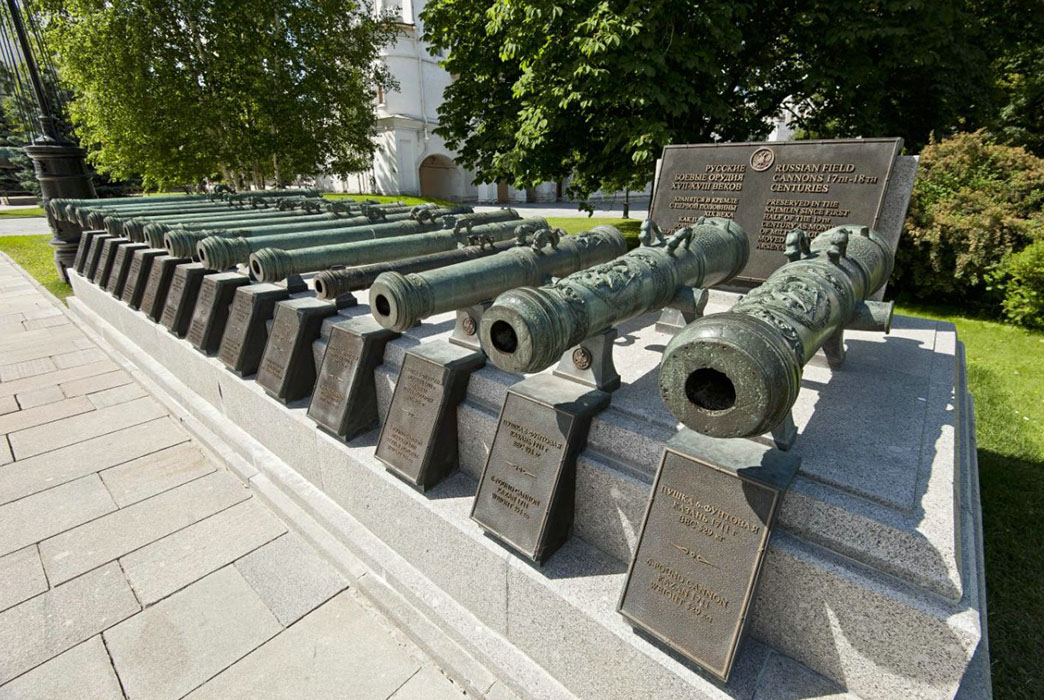