The most monumental Kremlin's corner tower — the Corner Arsenal (Uglovaya Arsenalnaya, former Sobakina) — completed the fortification line on the side of Red Square. It protected the ferry across the Neglinnaya River.

Erected in 1492 by Pietro Antonio Solari. The tower might have been given its original name – Sobakina – after the boyars Sobakins' estate situated nearby.

The tower has large round foundation and mighty walls. In olden times it was used for protection and housed a water source for the fortress'es garrison. The spring-water well is still there.

The tower was given its present-day name in the XVIIIth century after the Arsenal building was erected.

In 1812, the tower was damaged by the blast of the Nikolskaya Tower and the Arsenal. Later it was reconstructed under the supervision of Ossip Bove.

Its height as seen from the Alexandrovsky Garden is 60,2 m. 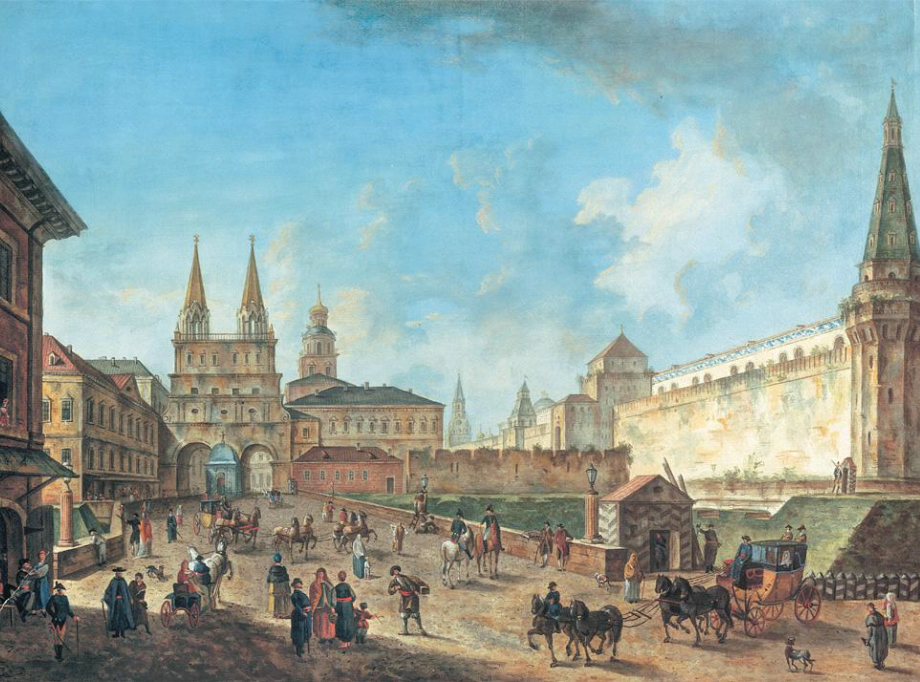