TOWERS OF THE KREMLIN

The existing walls and towers of the Kremlin were erected in 1485-1516. They replaced the white-stone fortifications of the time of Dmitry Donskoy and embodied the previous experience of both Russian and Italian fortification designers. The construction of the Kremlin walls and towers was headed by Anton Fryazin, Marco Fryazin, Pietro Antonio Solari, and Aleviz Fryazin.

The Tainitskaya tower was laid first, in 1485, and by 1490 the southern part of the fortress was completely built. The same year, new walls began to be built on the ground side of the Kremlin, followed by towers and curtain walls along the Neglinnaya River. In 1516 a moat was dug along the walls, which faced Red Square. Additional walls with merlons were erected along the edges of the moat and the Moskva River. At the same time the Troitsky Bridge over the Neglinnaya River with a pre-bridge fortification—the Kutafya Tower—was built. 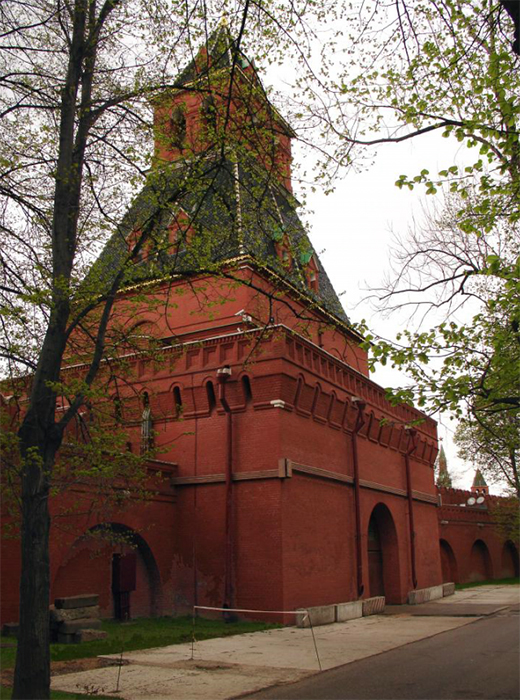 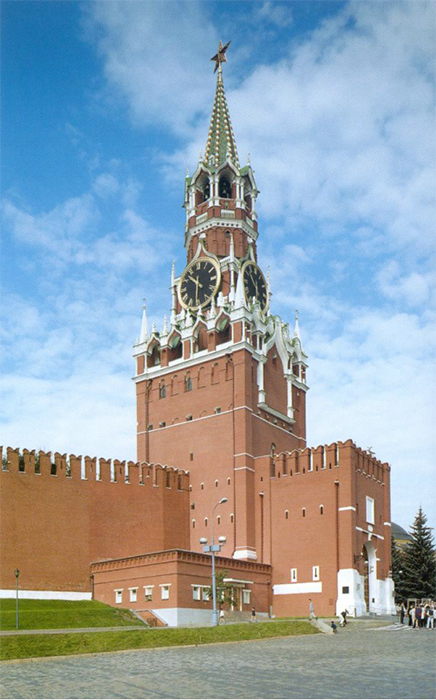 New walls and towers of the Kremlin covered an area of 27.5 hectares, their length reached 2,235 metres. The walls' height varies from 8 to 19 metres, thickness—from 3.5 to 6.5 metres. The highest walls were erected on the side of Red Square—there was no natural water barrier. There are 20 towers in total in the fortress; Kutafya Tower is located in front of the bridge, and Tsarskaya Tower—right on the wall. In the 17th century, the towers of the Kremlin were built up with beautiful hipped roofs.

Today the Moscow Kremlin is a unique fortification monument of the late 15th - early 16th centuries. Each tower of the Kremlin has its unique appearance, its history of construction and life.

This section contains information about the history and architectural appearance of each tower of the Moscow Kremlin. The towers are arranged in chronological order of their construction.