BUILDINGS IN THE KREMLIN 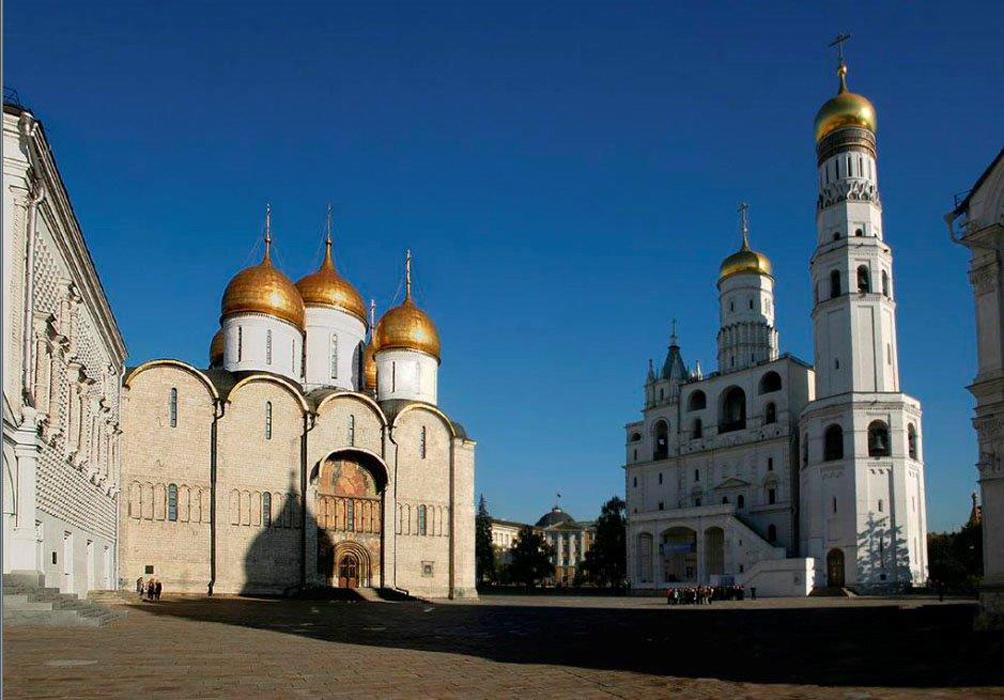 The territory of the Moscow Kremlin contains architectural monuments of the 14th to 20th centuries. They form the ensemble of Sobornaya, Ivanovskaya, Senatskaya, Dvortsovaya and Troitskaya squares, as well as Spasskaya, Borovitskaya and Dvortsovaya streets.

Cathedral Square—the main square of the Kremlin—is located in its centre and preserves a unique architectural and urban ensemble of the Middle Ages, namely the Assumption, Archangel, and Annunciation cathedrals, Faceted Chamber, Golden Tsarina's Chamber and churches of the Terem Palace, Church of Laying Our Lady's Holy Robe, Patriarchal Palace with the Twelve Apostles’ Church, and the 'Ivan the Great' Bell Tower ensemble. 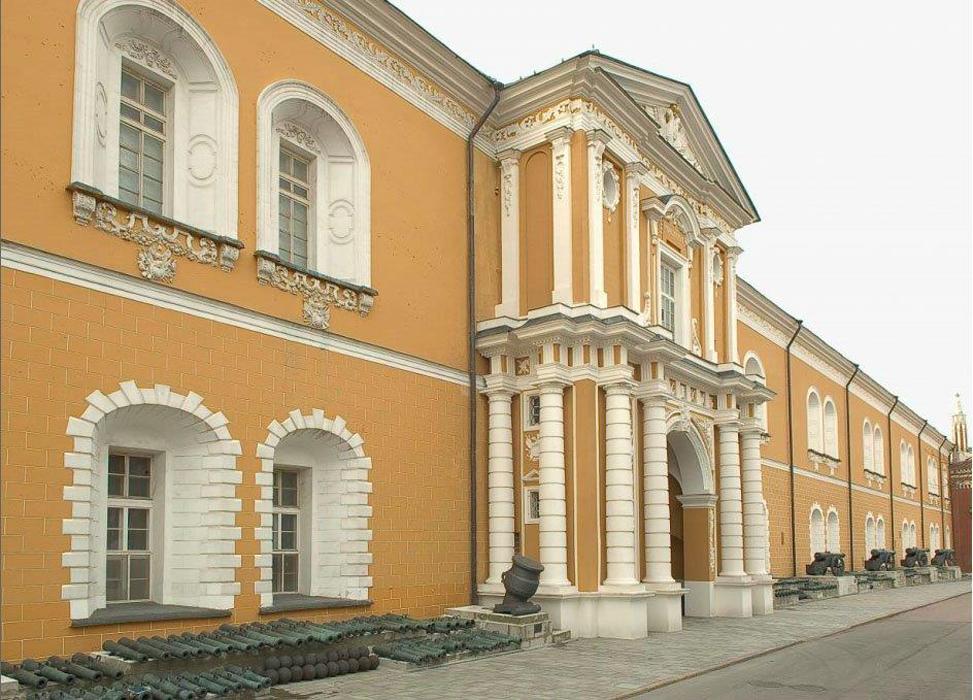 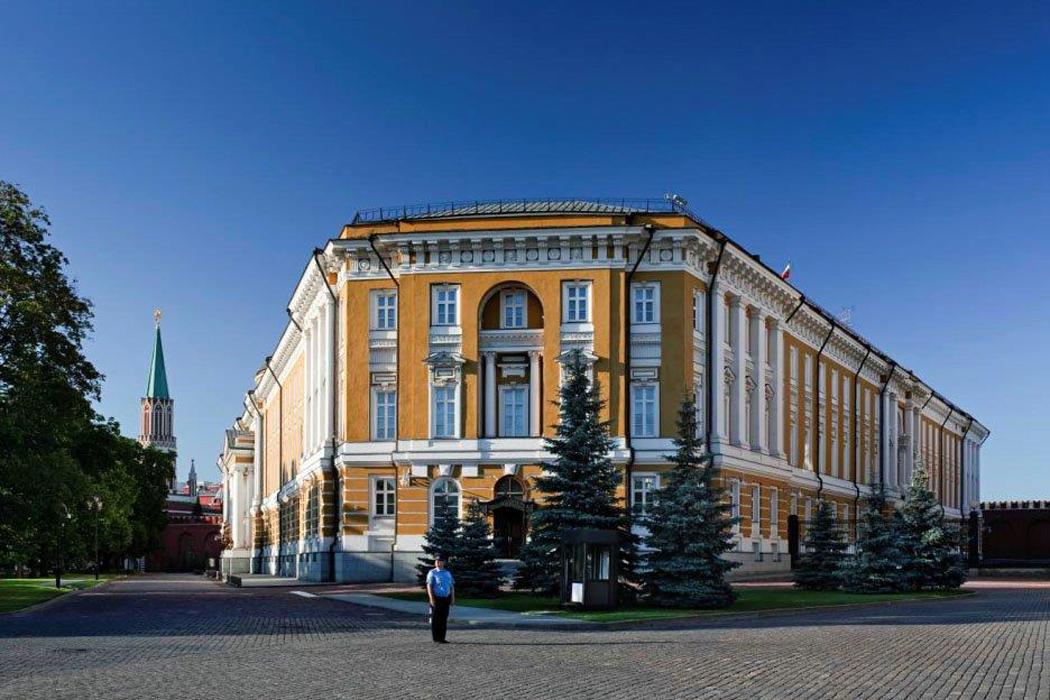 The majestic Arsenal, the only monument of architecture extant from the time of Peter the Great, and the Senate, erected by the famous architect Matvey Kazakov in the 18th century, adorn Trinity and Senate squares of the Kremlin. 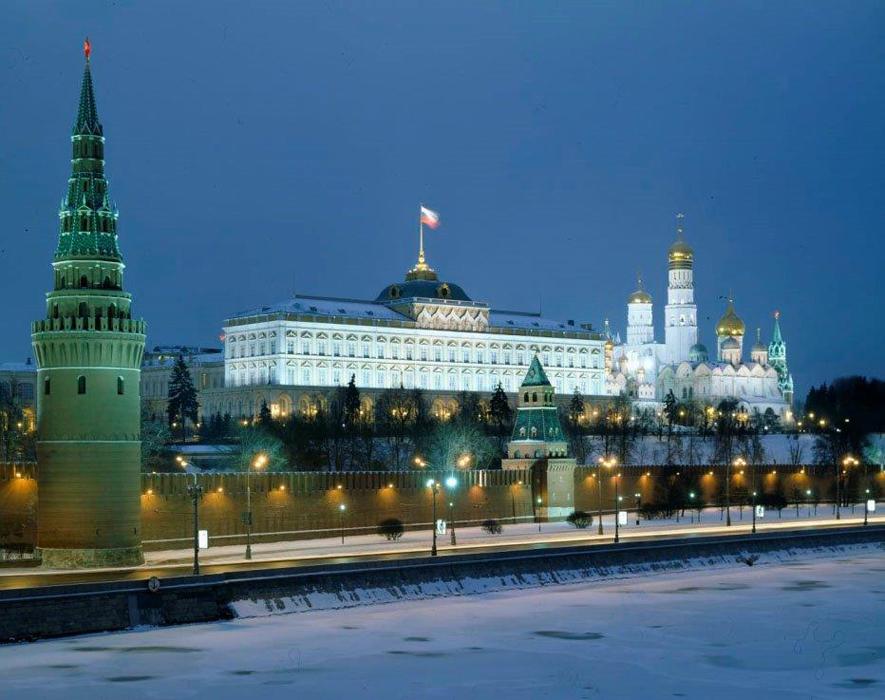 The ensemble of Dvortsovaya Square and Borovitskaya Street of the Kremlin is made up of the Grand Kremlin Palace and the world-famous Museum—the Armory Chamber, they both were built in the 19th century according to the design of K.A. Ton.

Situated near Spasskaya and Troitskaya towers of the Kremlin are edifices erected in the 20th century.

Each building of the Kremlin is a unique architectural monument of its time.

This section presents all architectural monuments preserved today on the territory of the Moscow Kremlin. They are arranged in chronological order of their appearance.