UPPER CATHEDRAL OF CHRIST THE SAVIOUR AND TEREM PALACE'S CHURCHES 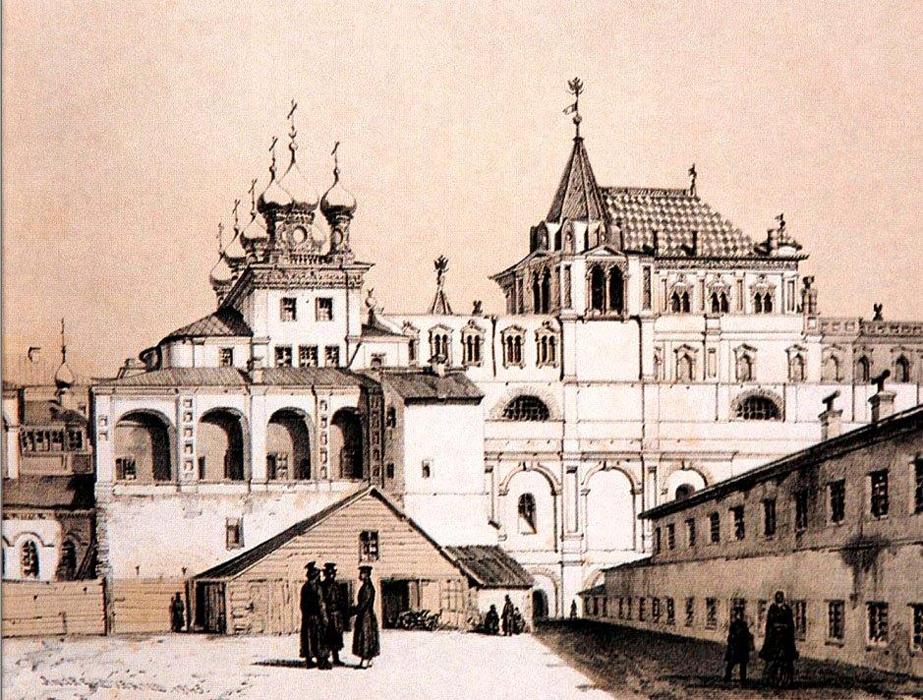 A group of private churches on the eastern side of the Terem Palace is separated from the Terem by the Front Stone Court. The earliest of them, the Church of St Catherine - a private church of Tsarinas and Tsarevnas - was built of brick by John Thaler in 1627 to replace the wooden one that had burned down. It stands on the same level as the Golden Tsarina's Chamber, on its northern side. A gallery surrounded the church on the west and north, and a staircase between the church and the Golden Tsarina's Chamber led to the Front Stone Court.

The Church of St. Eudocia was built above the Church of St. Catherine in 1654. The new temple was placed over the quatrefoil and the refectory of the lower church, leaving its apses open. That was probably the stage of this construction, depicted in the miniature from the Book of Election to the Throne — a two-tiered five-dome church with a roof of keeled corbel arches is shown on the northern side of the Golden Tsarina's Chambers and Terem Palace. Further reconstructions completely changed these temples. 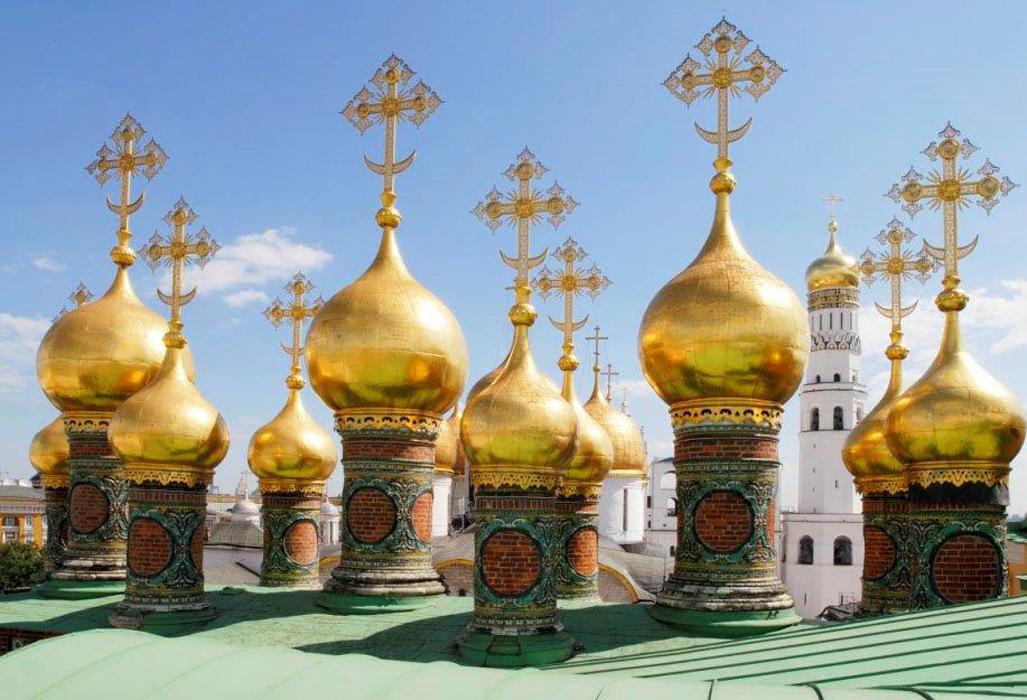 A private royal church — the Church of the Mandylion with a lower side-chapel of John of Belgorod (later called Upper Cathedral of Christ the Saviour with the chapel of St John the Baptist) — was built in 1635-1636 simultaneously with the Terem Palace on the east side of the Front Stone Courtyard. It was constructed by the same masters B. Ogurtsov, A. Konstantinov, T. Sharutin and L. Ushakov. A quadrangle church with the side-chapel on its north side was built over the Golden Tsarina's Chamber; after the cathedral refectory was placed over the chamber’s anteroom in 1663, it formed a single volume. The Front Stone Courtyard was renamed the Upper Saviour's Square.

The complex of the palace temples was substantially rebuilt in 1679-1682. A small church of the Elevation of the Holy Cross, also called the Church of the Crucifixion, was built over the John the Baptist side-chapel. To increase its area, the gap between the side-chapel and the Church of Evdokiya, renamed the Church of the Resurrection, was built up. After that, a common cornice under a single roof was aligned on the tops of all the three temples. The reconstruction of the temple complex was performed by architect Osip Startsev. Above the extended volume from north to south, the architect put eleven small domes on thin, elegant drums on a single pedestal. The uniqueness and picturesqueness of this design, together with richly decorated friezes with polychrome tiles, as well as gilt drums with openwork crosses, create a unique and memorable image of this edifice, which, along with the Terem Palace, can be called an architectural symbol of the 17th century Kremlin. A gallery, built on the arch, resting on two pylons, unites the temples from the east façade. 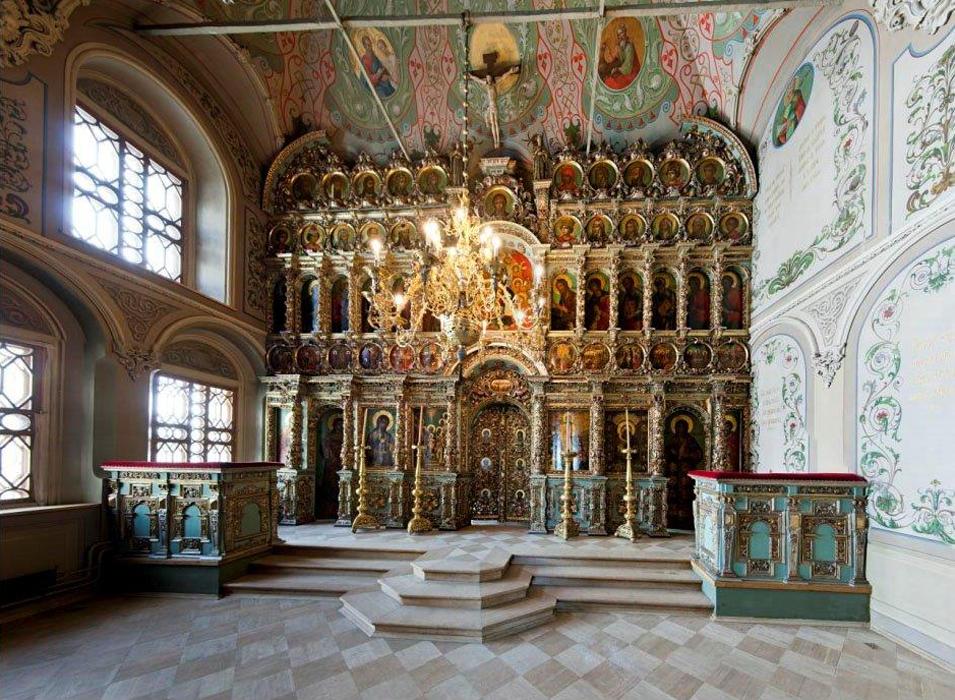 The next significant rebuilding of the temple complex took place during the construction of the Grand Kremlin Palace in the 1840s, after which the Upper Cathedral of Christ the Saviour lost its previous distinctive architectural volume.

Restorations carried out in the 1920s, 1940s and 1960s partially returned its ancient appearance, especially on the northern façade.

Despite numerous reconstructions and renovations, the temples have preserved unique examples of interior decoration such as carved gilt iconostases of the second half of the 17th century with icons dating to the same time in the Upper Savior's Cathedral and the Church of the Resurrection, and carved gilt choirs in the latter. The iconostasis of the Church of the Crucifixion is unique - "an embossed copper in wooden pillars" and icons made in the technique of appliqué combined with fine art images.

Currently, the palace churches as being part of the Grand Kremlin Palace are incorporated into the Residence of the Russian President.