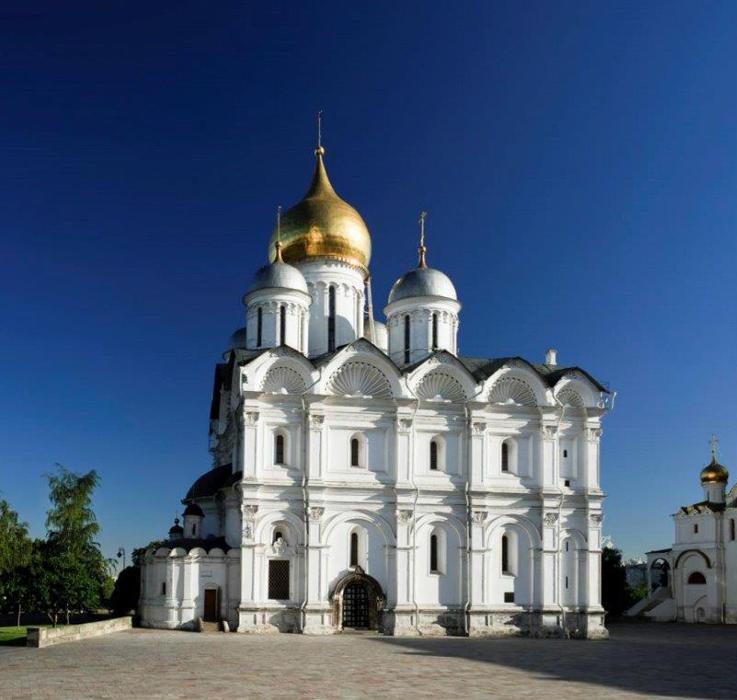 The Archangel Cathedral was erected in 1505-1508 by the Italian architect Aleviz Novy. The majestic building of the temple—the main burial place of grand princes impressed contemporaries with its exceptional appearance.

The façades of the Archangel Cathedral are covered by decorative elements in a geometrically well-defined and strict architectural order, as if "imposed" by Aleviz Novy on an Old Russian traditional structural layout of a six-domed cross-vaulted church with canonical five cupolas and individually covered curvilinear rooftops of arched gables (zakomary). Above a plinth of a complex profile, there are two rows of pilasters topped with carved Corinthian capitals. A false arcade decorates the lower tier of the wall, while and the upper one—with wide raised panels. The horizontal partition of the wall is accentuated by strict lines of the cornices. Arched gables in the form of large sculptured shells, once decorated with Gothic violets, are separated from the main volume of the building by an entablature. Unusual for a Russian temple are also round windows that decorate the central arched gable of the western portal. The original two-colour facades - red brick walls and white decorative details - also emphasized the order layout of the building. 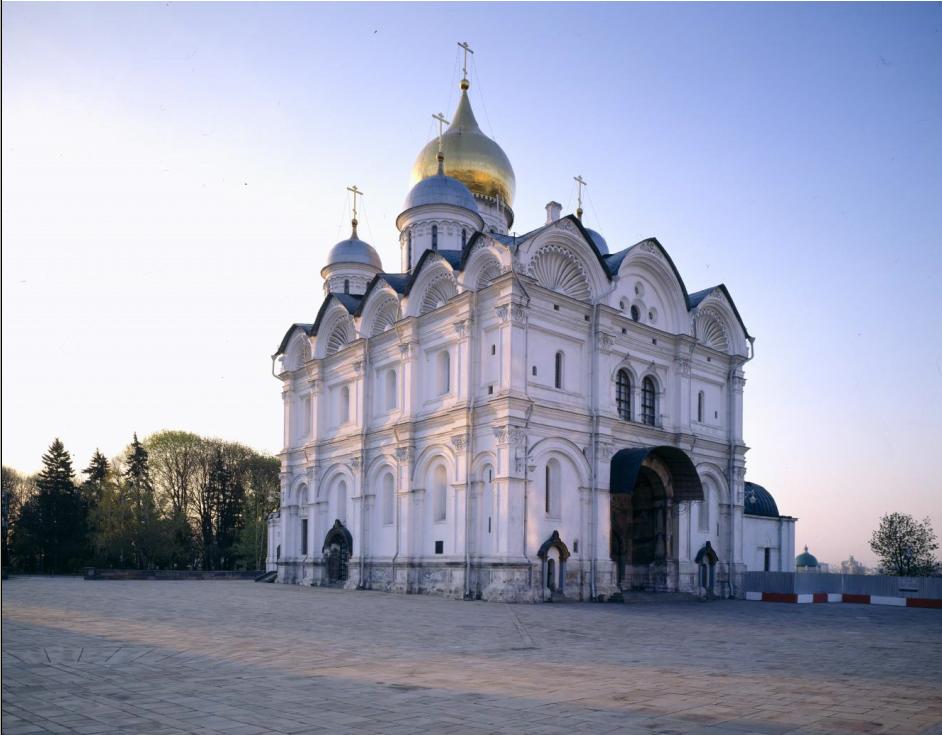 The solution of making the main entrance of the cathedral in the form of a nested arched portal placed in a deep enclosed balcony, which together with the steps forms the temple porch, and the white-stone portal’s ornament typical of the Italian Renaissance was also new.

For all the traditionalism of the internal space of the temple, it was the first time when lowered reinforced arches were used in the temple and an order decoration of the interior was applied.

The Renaissance decoration of the Kremlin's facades and the interior of the Archangel Cathedral greatly influenced the further development of Russian architecture and became a generally accepted source and standard.

Learn more about the Archangel Cathedral >>