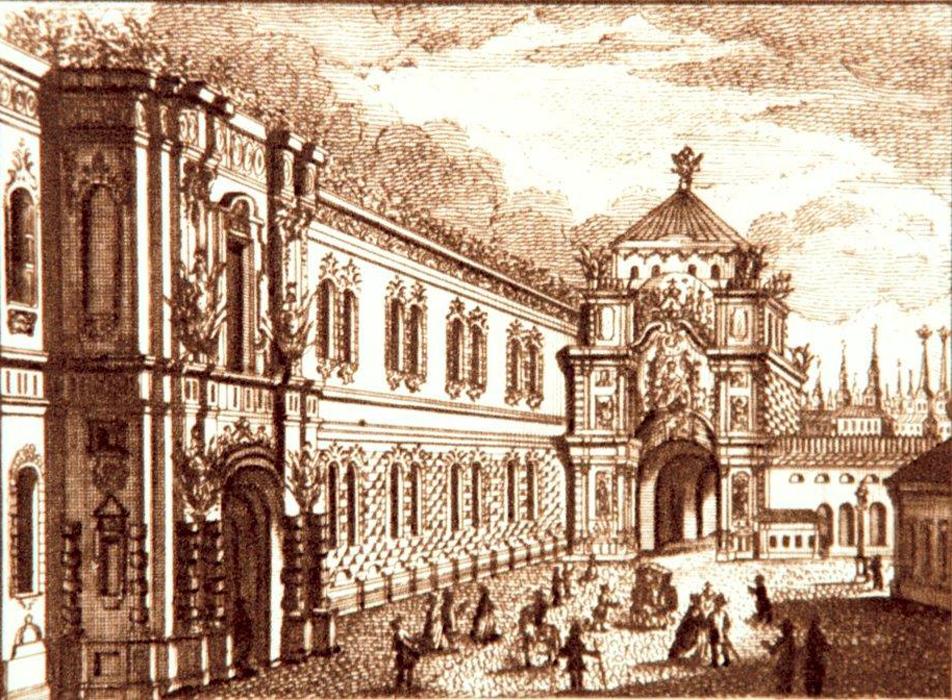 The Arsenal building has a long construction history. Its development began in 1702 on the initiative of Peter the Great under the plan designed by him. The Arsenal was supposed to be both a military warehouse and a museum repository of military trophies and ancient weapons. The largest building in Moscow of the Peter the Great period occupied the northern corner of the Kremlin territory between Troitskaya and Nikolskaya Towers, which had no edifices after the fire of 1701.

Architects M. Choglokov, D. Ivanov and H. Conrad led the first phase of works. The construction slowed down in 1706 because of the war with Sweden and lack of funds. After several interruptions, the building was finished only in 1736. From 1731 the project was headed by Field Marshal B.-H. Minich and architect I. Schumacher. The Arsenal got heavy damage during the fire of 1737 in Moscow; all wooden ceilings burnt out. The building was reconstructed only in 1786-1796. M. Kazakov and engineer A. Gerard carried out the work.

Before Napoleon's troops retreated from Moscow in 1812 they blew up the Arsenal – the north-eastern face got destroyed up to the base, and the rest of the building was damaged. Restoration works by architects A. Bakarev, I. Mironovsky, I. Tamansky and E. Tyurin started in 1814 and finished in 1828. 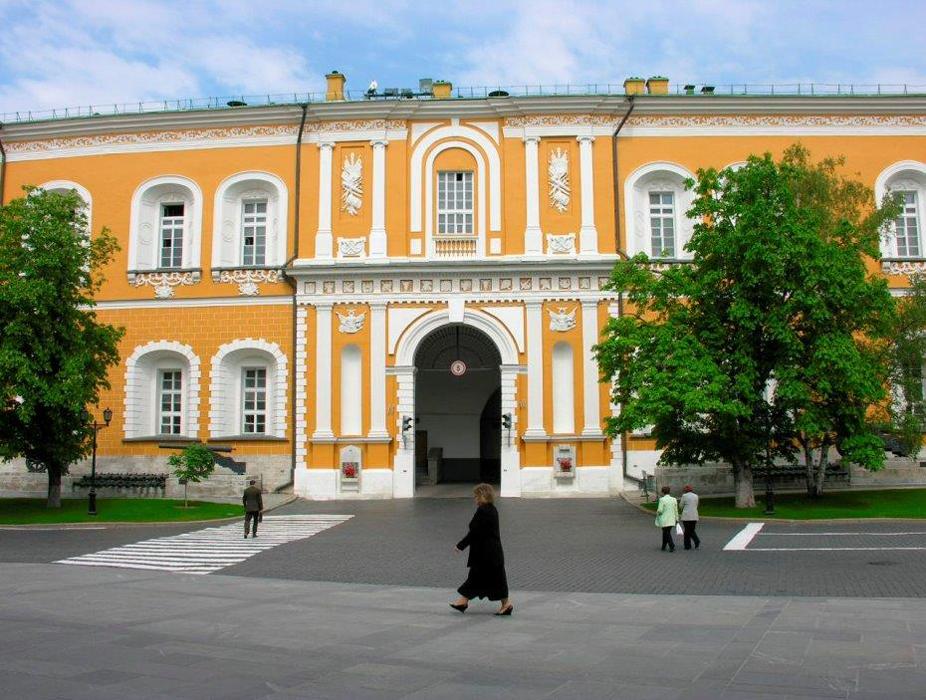 Despite such a long construction period, the original space-planning solution of the building preserved. The only changed was the ceilings design, the internal layout, architectural and decorative details on the façades. The building has the elongated trapezium form with a large courtyard, which north-west and north-east sides adjoin closely to the fortress wall. Two-storey façades represent a monumental type of architecture. That became possible because of the smoothness of brick walls decorated with white stone, cut through by two rows of widely spaced paired arched doorways with deep slopes. The two entrances to the courtyard on the southern and eastern façades have porticoes bearing Baroque and Classicist features. The now existing flat gable roof replaced a high Baroque roof with skylights after the rebuilding. 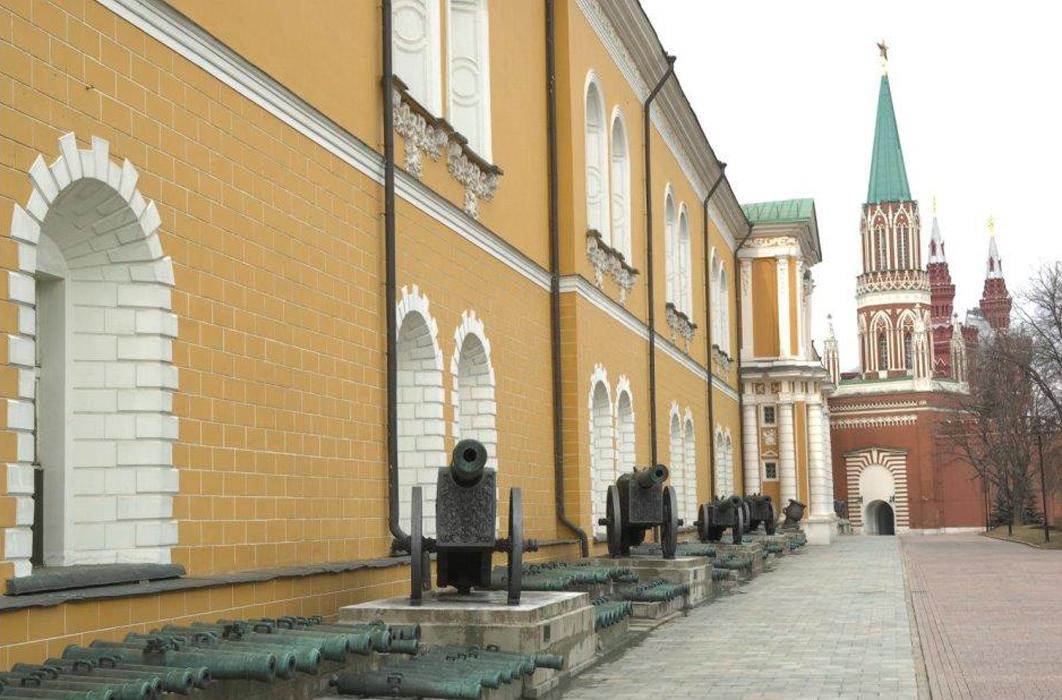 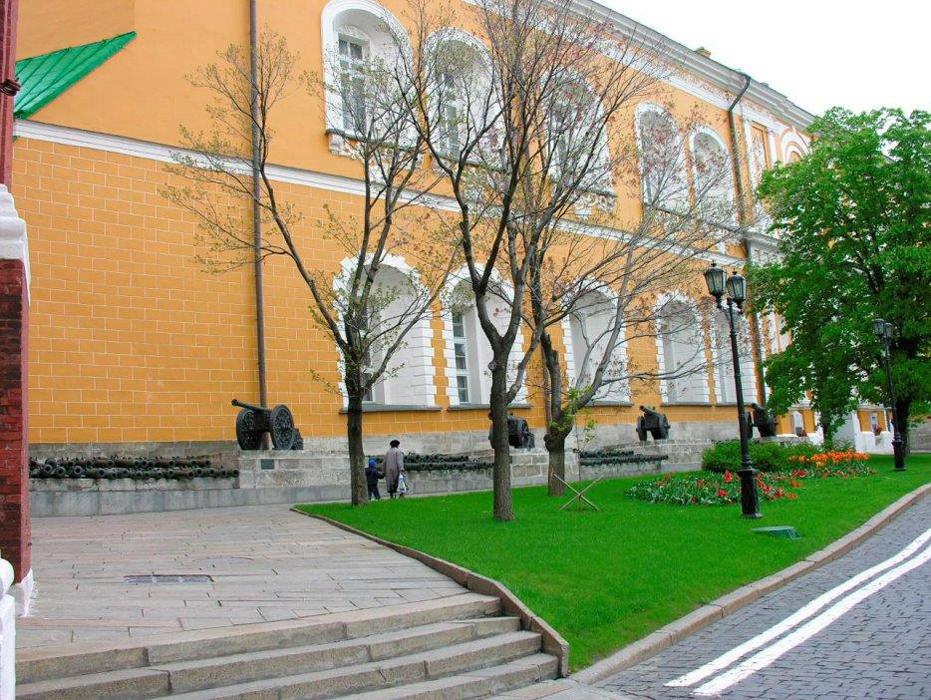 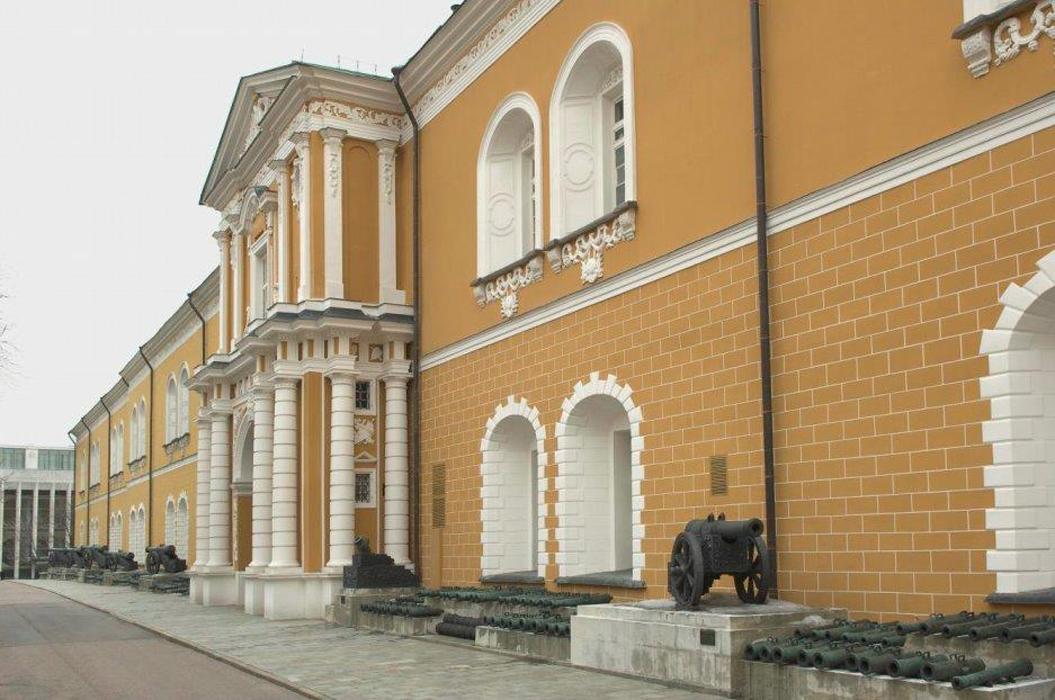 After 1812, the Arsenal was supposed to be a museum of the Patriotic War. For that purpose, the captured artillery pieces were brought there by 1819 and placed along the building façades. After the demolition of the old Armory in 1960, Russian cannons mounted on gun carriages were also moved there. Nowadays the guns are the showpieces of the Moscow Kremlin Museums.

The Arsenal building itself now houses barracks and administrative services of the Kremlin Commandant's Office.