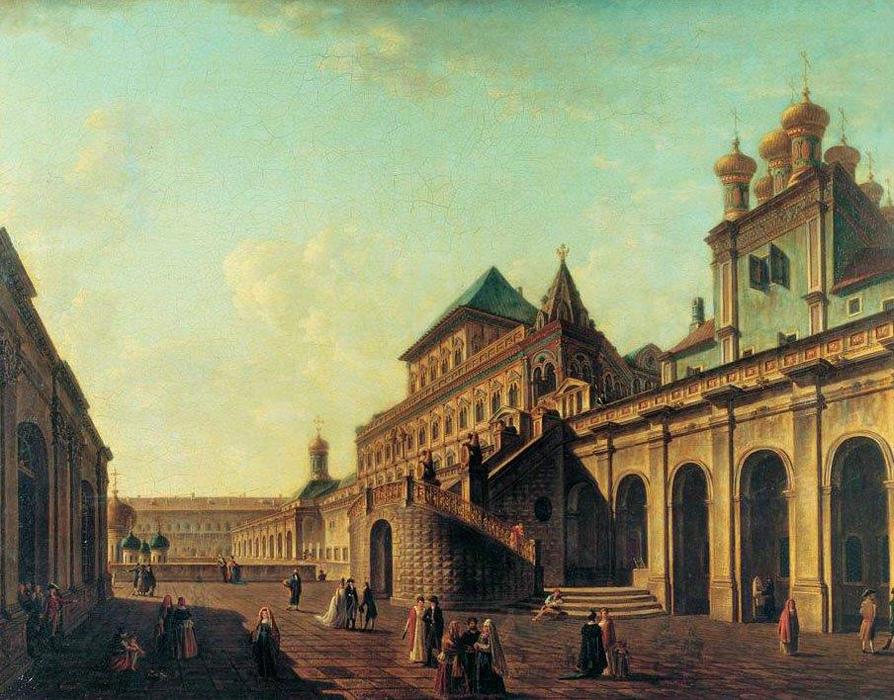 The first stone living quarters in the royal palace, later named the Terem Palace, was built in 1635-1636 for Tsar Mikhail Fyodorovich by master masons Bazhen Ogurtsov, Antip Konstantinov, Trefil Sharutin and Larion Ushakov. The lower tier of the palace's northern part, which was built in 1499-1508 by Alevisio Novi, as well as the Workshops, built over it in the second part of the 16th century, became the base for the three-storey chamber.

Traditional features of Russian wooden architecture can be seen in the building's stepped construction with open galleries, terraces, porches and staircases. Nevertheless, it was representing a new type of a multi-storey residential building made of brick, already generating an enfilade structure of indoor premises, which became typical for later palaces. 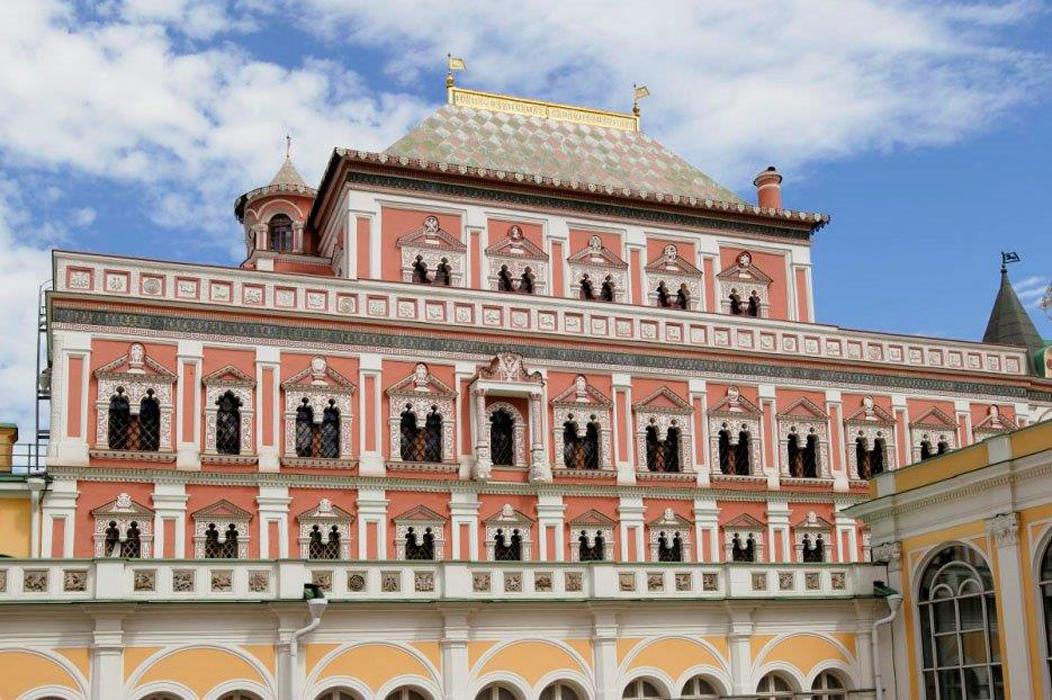 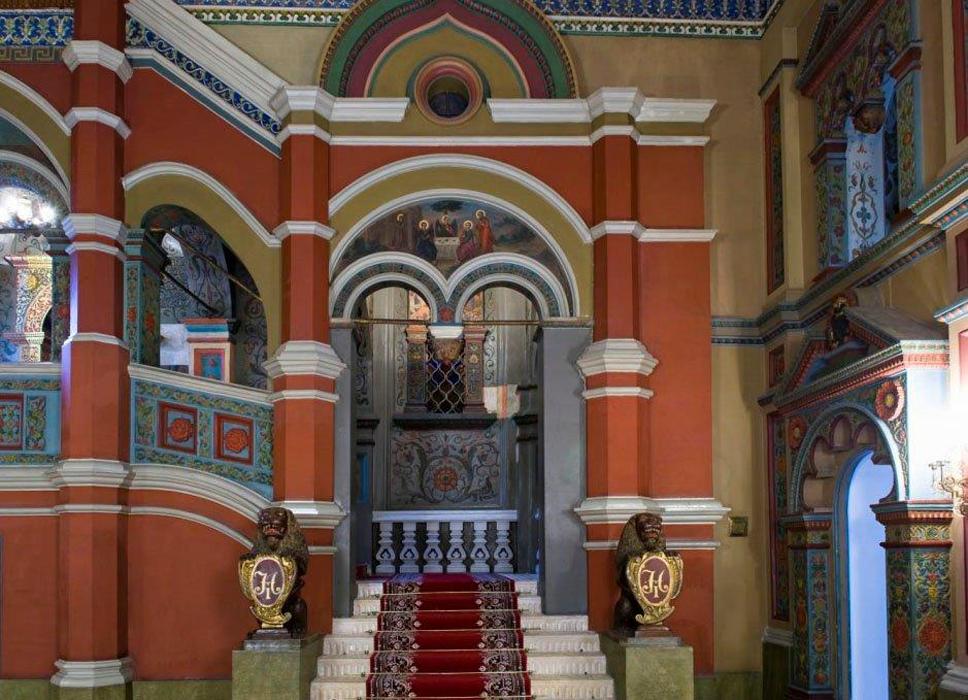 Three tiers to the Terem were surrounded by three open galleries. The entrance to the middle open gallery was later closed by the Golden lattice, a unique example of blacksmith's craftsmanship. On the eastern side of the Terem Palace, there was the Golden Front Porch, which led to the second floor, the tsar's living quarters. The last tier of the chambers - the golden-topped Terem, located in the centre of the building, is surrounded by the third tier - the Upper Stone Court. 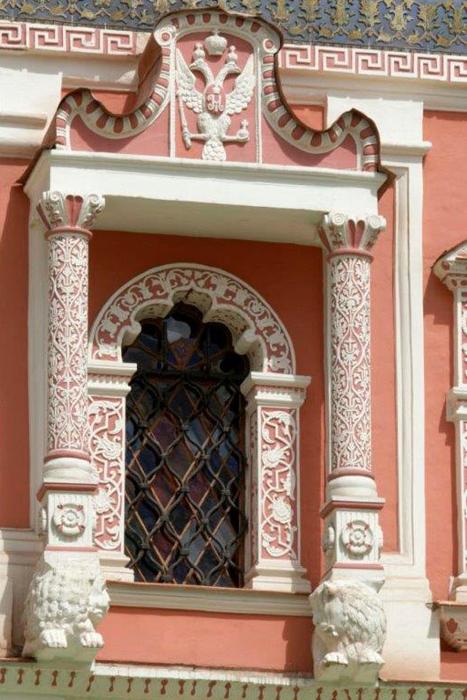 A complex layout and rich decoration of its façades make the palace exceptionally picturesque and ornate. Everything blends in nicely—profiled pilasters between the windows, cornices with carvings and majolica, complex white-stone framings with overhung ornaments and triangular frontals with carved decoration, tiles and carvings on decorative brickwork of parapet walls of open galleries and a gilded roof, as well as the polychrome colouring of the walls and white stone details, restored during the restoration of the Terem in 1966-1969. In whole, the palace makes an impression of jewellery work.

Original interiors, except separate fragments, didn’t survive. They were created anew in the 17th-century style under the supervision of painter Feodor Solntsev in 1836-1837. Later, due to the construction of the Grand Kremlin Palace, this ancient monument was included in a new complex of palatial buildings.

Nowadays, the Terem Palace, being a part of the Grand Kremlin Palace's complex, represents the residence of the President of the Russian Federation.