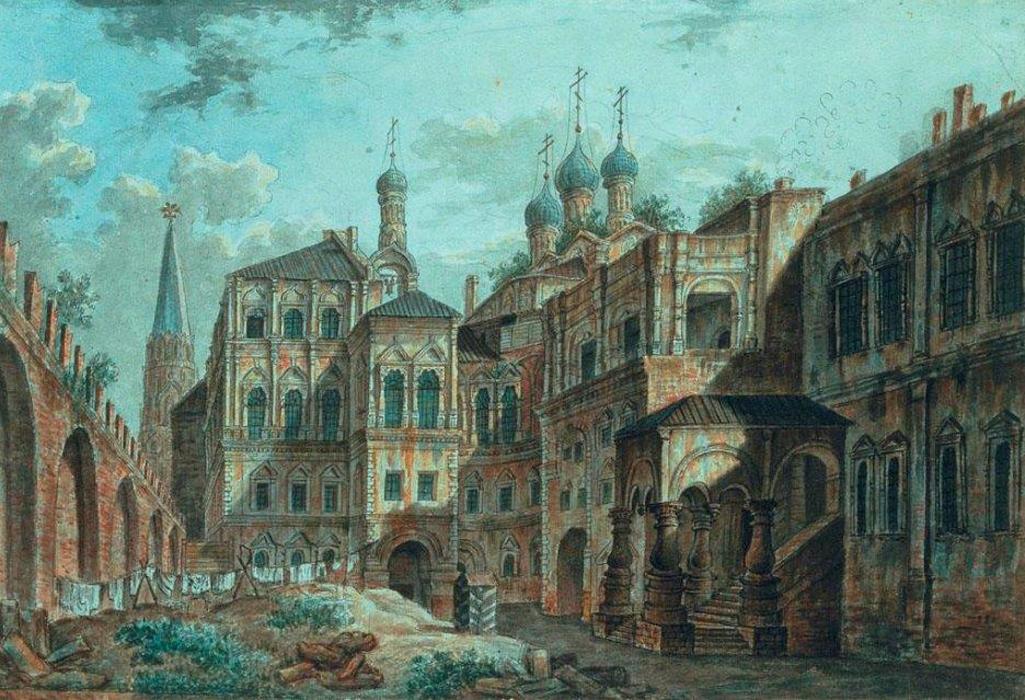 The Amusement Palace is situated near the Kremlin's west wall between Komendantskaya and Troitskaya towers. It was built in 1651 as the living quarters of the I.D.Miloslavsky, father-in-law of Tsar Alexey Mikhailovich. Now it is the only surviving example of boyar mansions in the Kremlin. A narrow area between the fortress wall and the household premises of the tsar's residence determined the planning solution of Miloslavsky's estate. The building itself was located in the centre of the site, the front and household yards—to the south and north respectively. The almost square building had an archway in the middle, connecting both territories. The front porch facing the south yard completed the annex, which was placed in 'Đł' form to the main volume of the chambers. 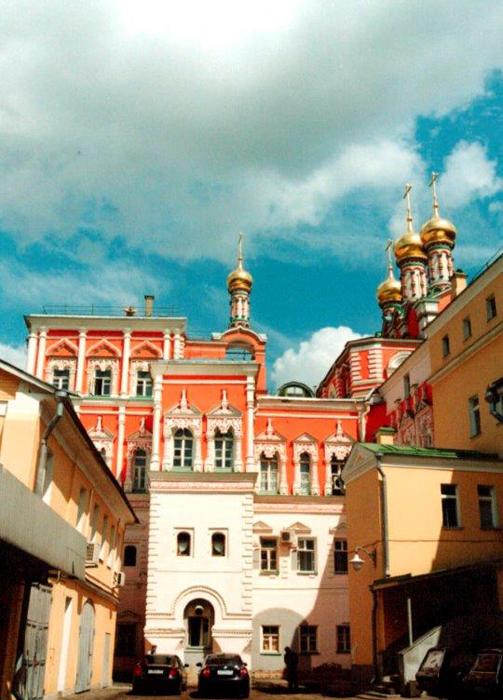 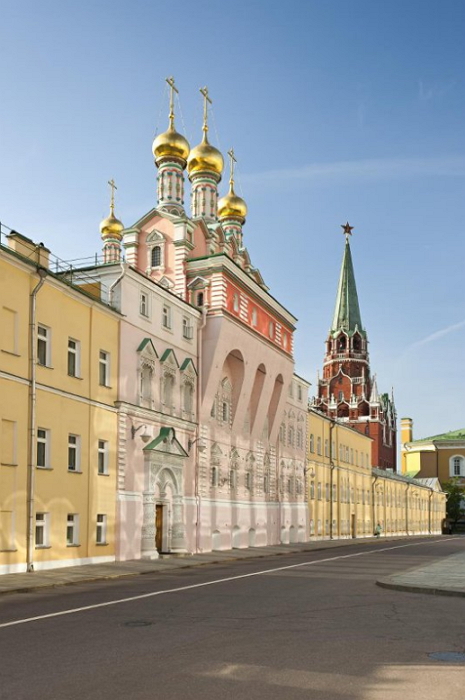 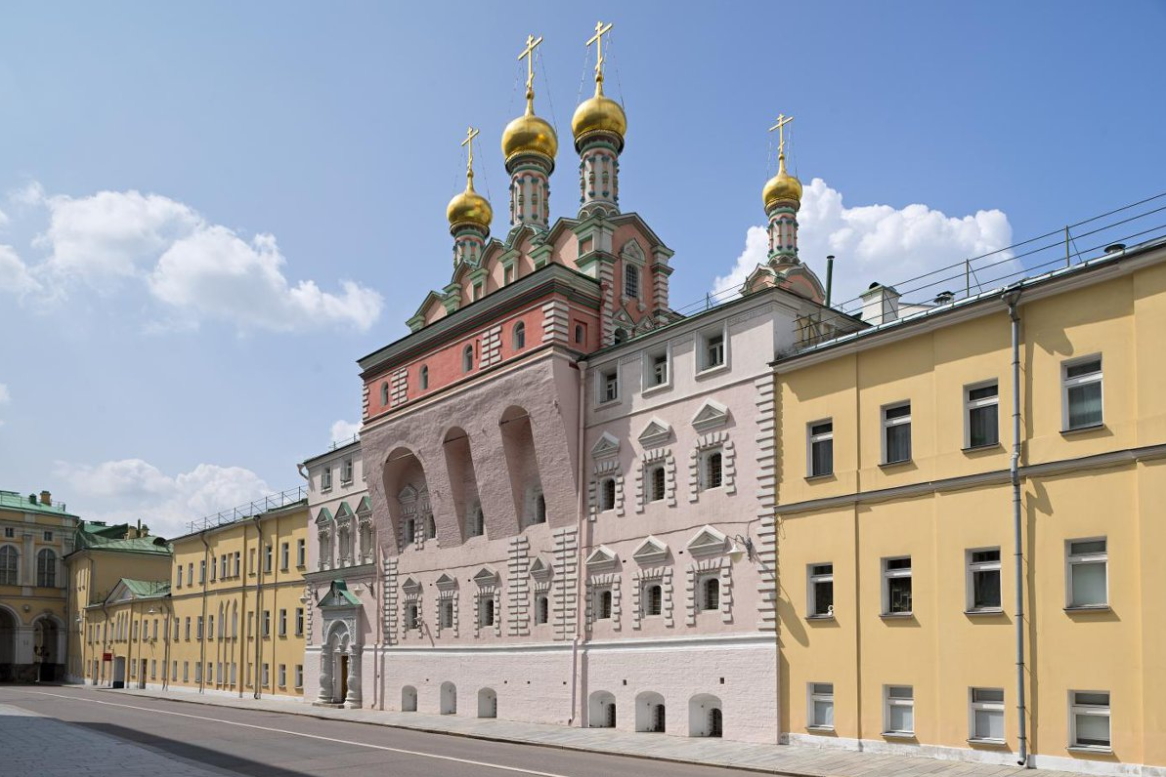 The residence was transferred to the tsar's treasury after Miloslavsky's death in 1669, whereupon the chambers were connected with the Tsar's Palace by stone passages. In 1672 public entertainment started to be staged for the tsar's family there. Those were the first theatrical performances in Russia, and as a result, the chambers became to be called the Amusement Palace. After 1679, when the members of the royal family settled there, the palace extended and partly reconstructed. 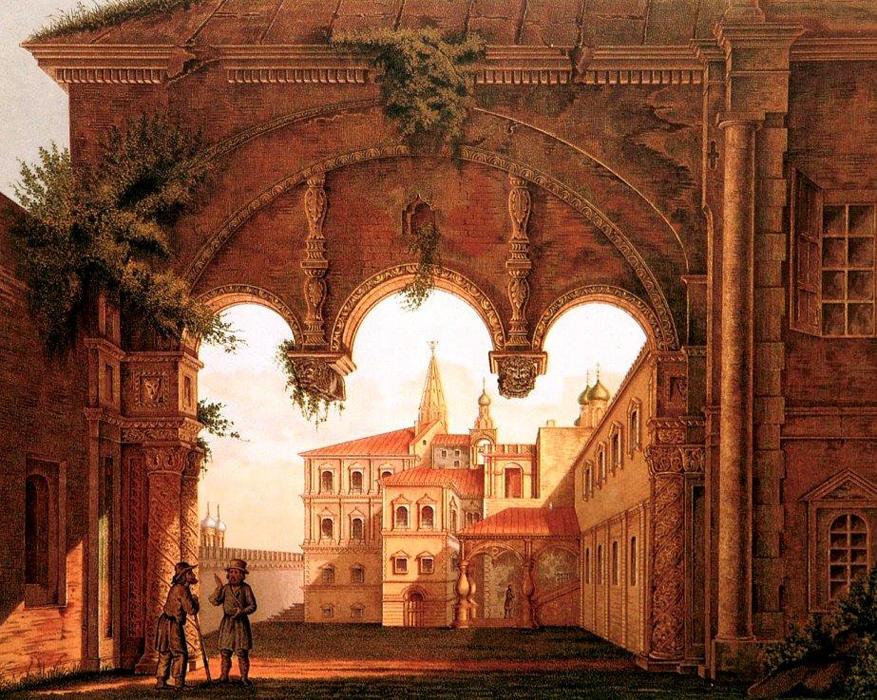 The construction of the Amusement Palace became the next stage in the development of stone housing as the Terem Palace, which soon became widespread in Moscow. The floor division of the façades with a white-stone carved decoration and the enfilade-like arrangement of the living quarters put it on a par with the Terem Palace. The location of the Praise of the Virgin Private Chapel, fitted into the volume of the building, is a distinctive feature of the space-planning solution. It rises above the middle part of the east façade. Strong brackets in the form of machicolations, projecting at the ceremonial floor level, carry the church altar, which helps to avoid the non-canonical location of the church altar part above the living quarters. A flat roof with a hanging garden on the west side served as a porch.

During the reign of Peter the Great the Police Department was placed in the palace, and in 1806 the building was adapted as a dwelling and chancellery of the Moscow commandant. The rebuilding was carried out according to the project of I.V. Egotov and provided transformation of the eastern façade overlooking the newly formed Dvortsovaya (literally 'palace') Street into the main one. For this purpose, a northern wing was added for symmetry, and the façade and interiors were decorated with fashionable pseudo-Gothic details. The church is abolished.

Architect N.A.Shokhin attempted to partially restore the structure to its ancient appearance in 1874-1875.

At present, the services of the Kremlin Commandant's Office are located in the palace. Restoration works were carried out in 2000-2004 to restore its original finish as well as some façades of the Praise of the Virgin Private Chapel and Amusement Palace.