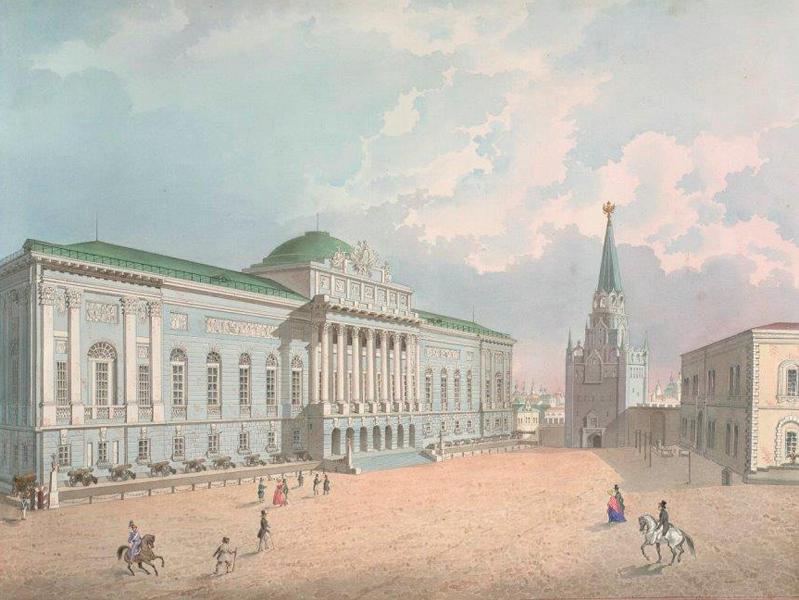 The Armory Chamber, which was a part of the Grand Kremlin Palace ensemble according to the design of architect K.A.Ton, was built in 1844-1851 on the site of the 17th century dismantled Horse Yard. The Armory Chamber is one of the first buildings in Russia specially designed for museum purposes—storage and display of the tsar's treasury.

The new building replaced the old Armory, built by architect I. Egotov in 1806-1812 on the site of the former court of Boris Godunov, the premises of which hardly adapted for this purpose.

The scale and architecture of the Armory are close to the Grand Kremlin Palace. A two-storey structure stands according to the landform on a powerful plinth of variable height. The second floor has two tiers of windows, like that of the Kremlin Palace. The details like those of the 17th century are also used in decorating the facades, but unlike the latter, they are devoid of fragmentation and dryness. Carved white-stone columns with lush floral ornamentation are the main decoration of the façades. However, the lack of volumetric solution of the new buildings, the monotony of the silhouette makes the palace ensemble as a whole not expressive enough. 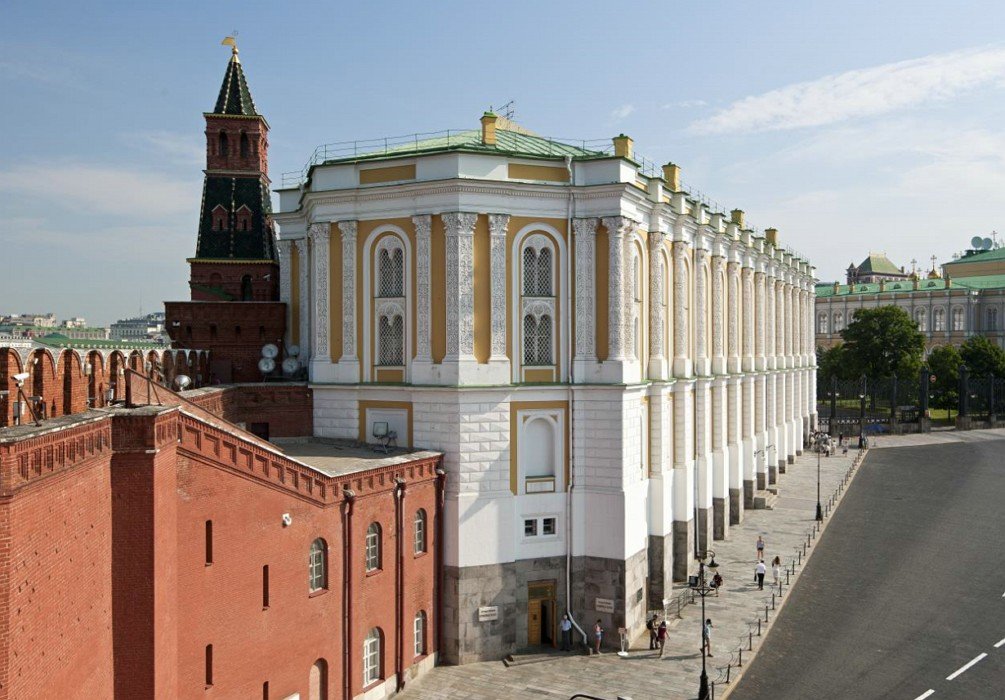 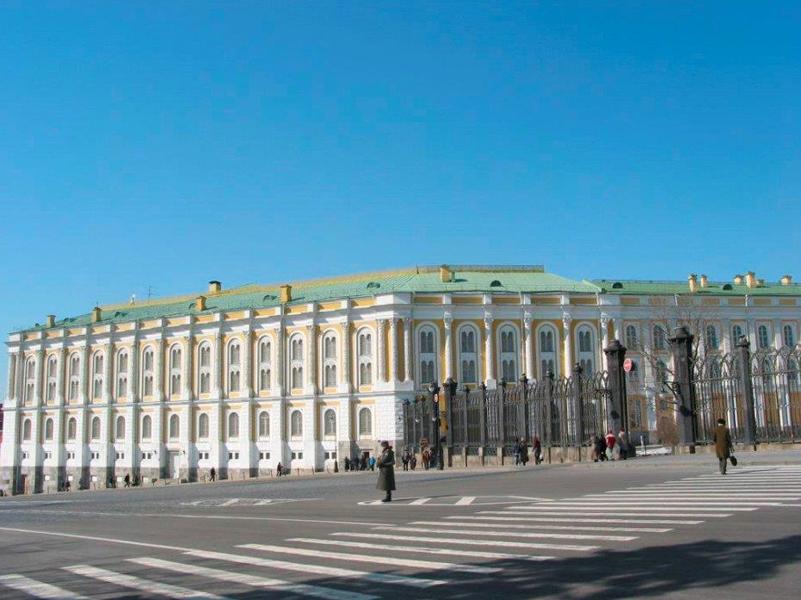 Symmetrically arranged exhibition halls and a grand entrance with stairs at the eastern end of the building makes the layout of the Armory Chamber unusual. The enfilade of exhibition rooms at the ends is completed by semicircular halls, and there is a round room in the centre projecting into the courtyard. An unconventional system of high vaulted ceilings supported by graceful columns creates the impression of lightness and a feeling of spaciousness and magnificence of the interiors.

The modern exposition was created in 1986. Nine halls of the Armory Chamber display Russian and foreign jewellery of the 12th-19th centuries, arms and armour, state regalia, carriages, clothing and other articles of decorative and applied art.

Since 1967 the Diamond Fund exhibition has been placed in the basement of the building.

You are welcome to visit the Armoury Chamber website>>