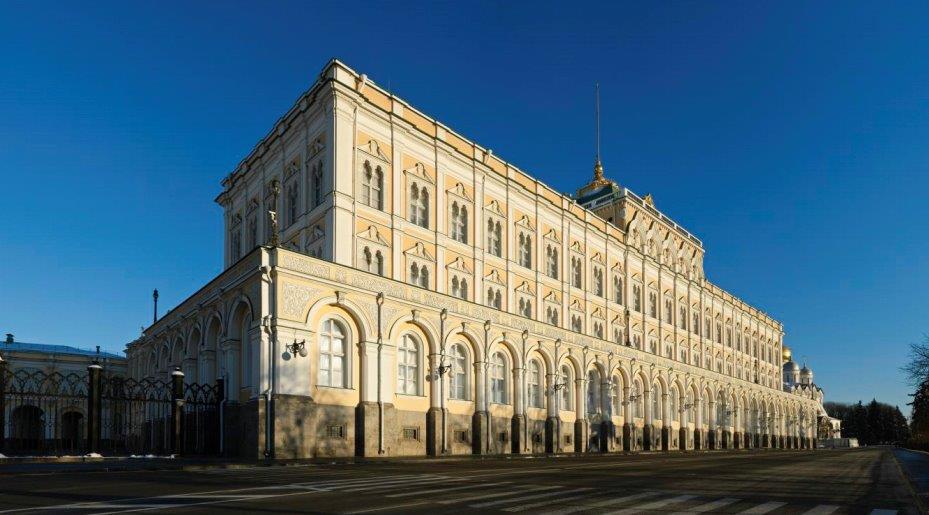 A new Imperial Palace was built on the initiative of Nicholas I in 1838-1850 on the site of the dismantled ancient Grand Princely Palace of Ivan III and the palace of Empress Elizaveta Petrovna erected on its foundation in the 18th century. The design and construction were carried out by a group of architects including N.I.Chichagov, V.A.Bakarev, F.F.Richter, P.A.Gerasimov, F.G.Solntsev and others under the general guidance of K.A.Ton, recognized as the ancestor of the "Byzantine-Russian style".

The palace complex, later named the Grand Kremlin Palace, in addition to the newly constructed building, included several extant structures of the late 15th-17th centuries, previously part of the ancient Grand Prinly residence, and subsequently of the Tsar's residence. These are the Faceted Chamber, Golden Tsarina's Chamber, Terem Palace and palace churches. The ensemble of the Grand Kremlin Palace became a single stylistic composition when in 1851 there were built the Armory Chamber and the Apartment building adjoining it from the north and connected to the palace complex by an aerial passage.

K.A. Ton reproduced the layout of the ancient ensemble to a certain extent by constructing new buildings, while the façades continued to develop the architectural theme of the ancient buildings. The arcade of the palace's first tier is a remake of the basement constructed by Alevizio; the terrace over the arcade repeats old open galleries and unites the ensemble in space; the winter garden above the new passage recalls hanging gardens of antiquity; a carved framing of two tiers of windows on the second floor, profiled pilasters between them, the central raised part with corbel arches, covered with a dome, correspond to the architecture of the Terem Palace. However, the formality and monotony of the façades deprive the building of the picturesqueness characteristic of the Terem. 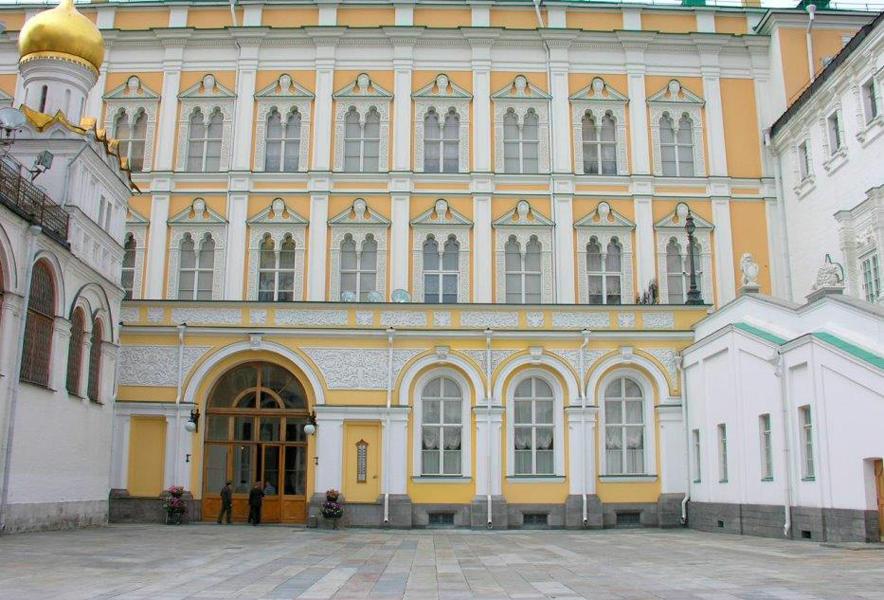 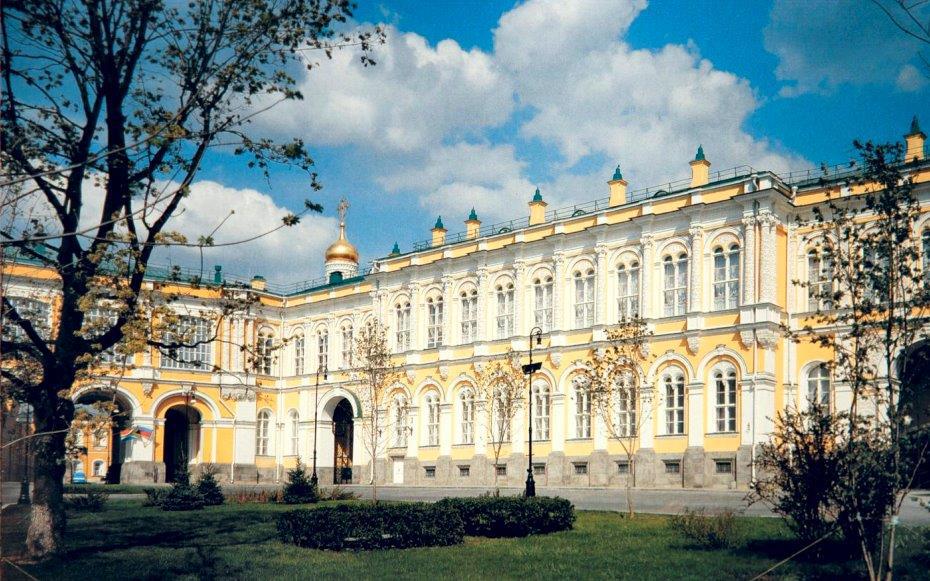 Nevertheless, the work of K.A.Ton marks innovation: unique for the Russian architecture lightweight large-span brick vaults, metal roof rafters, the use of new building materials, particularly cement for figured castings—all these were highly valued by contemporaries.

The internal layout of the imperial palace, which has about seven hundred rooms, includes the main vestibule with a staircase, five ceremonial Order Halls, reception rooms of the Empress, living quarters of the imperial family, the so-called "private rooms", and service rooms on the ground floor. Luxurious decoration of the interiors in the spirit of the time is made in different styles—from "Renaissance" to "Byzantine-Russian" and is distinguished by elegance, fine taste and high quality of work. The palace is rightly called the museum of Russian palace interior.

In 1933-1934 Alexandrovsky and Andreyevsky halls of the palace were rebuilt into the Assembly Hall of the USSR Supreme Soviet, losing the splendour of their interiors for many years. The halls were restored by the decision of the President of the Russian Federation in 1994-1998.

At present, the entire complex of the Grand Kremlin Palace, except for the Armory Chamber, is the main residence of the President of the Russian Federation.