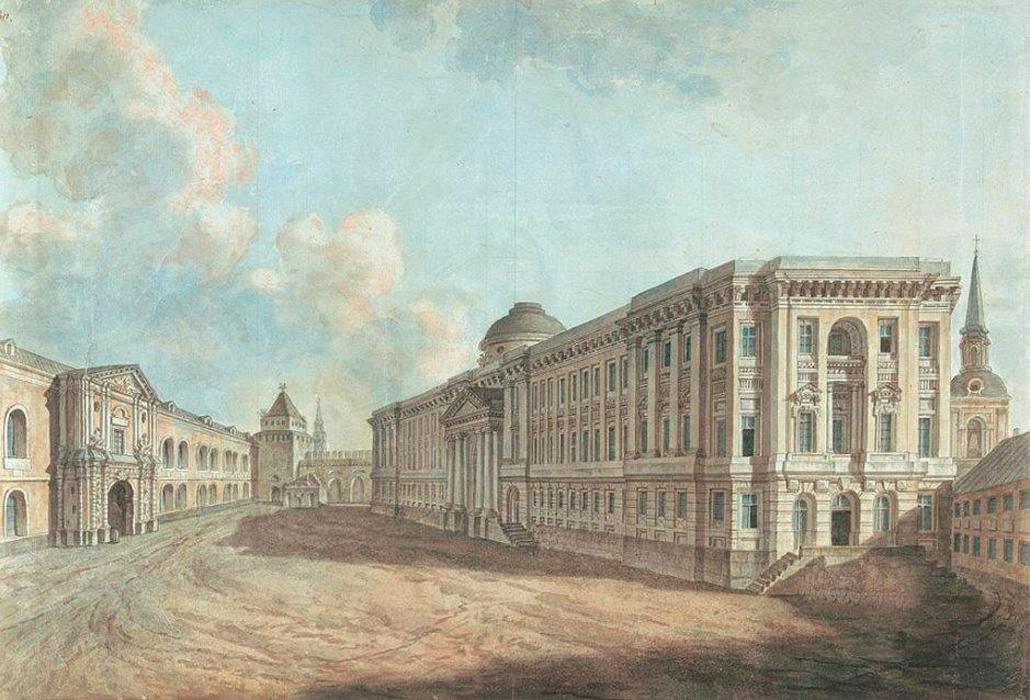 The Senate was built by architect Kazakov in 1776-1787, and interior decoration lasted until 1790. The building was intended for meetings of the nobility of Moscow province, but with the transfer of two of the Senate departments from St. Petersburg to Moscow, it was intended for the Senate.

The territory acquired by the Government from the last private owners in the Kremlin was allocated for the construction. It was situated near the Kremlin wall between Arsenal and the Ascension and Chudov monasteries.

The triangular shape of the area, inconvenient for construction, determined the space-planning solution, brilliantly designed by the author. The size of the Senate is close to the one of the Arsenal and both buildings are equal in height. The plan of the building is an isosceles triangle with an inner courtyard, divided by additional buildings into three parts: central pentagonal and lateral triangular. On the long side of the layout is the main façade, located opposite the Arsenal slightly at an angle to it, forming an extension of Senate Square to the centre of the Kremlin. The main axis of the building runs along the axis of a triangle, on which the entrance arch to the courtyard, marked by an Ionian portico and an oval dome over the roof of the building, the central pentagonal courtyard and the domed rotunda hall with an Ionian colonnade, representing the compositional centre of the entire structure, are located. The dome of the hall, facing Red Square, is at the same time the centre of one of its compositional axes. All rooms of the Senate are connected by a corridor running along the perimeter of the courtyard. 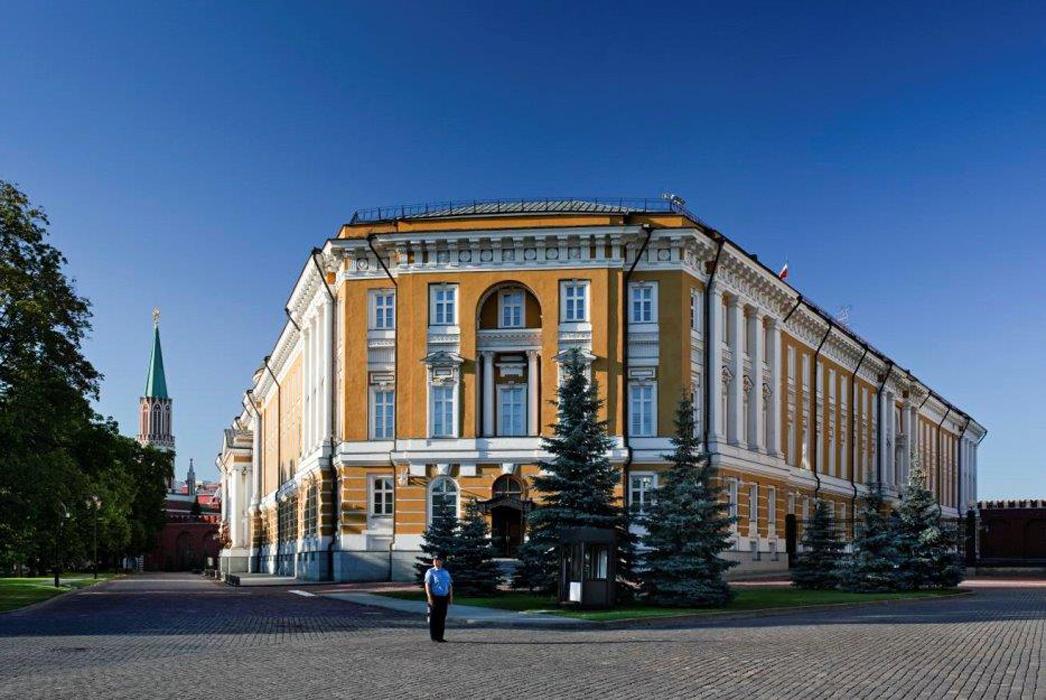 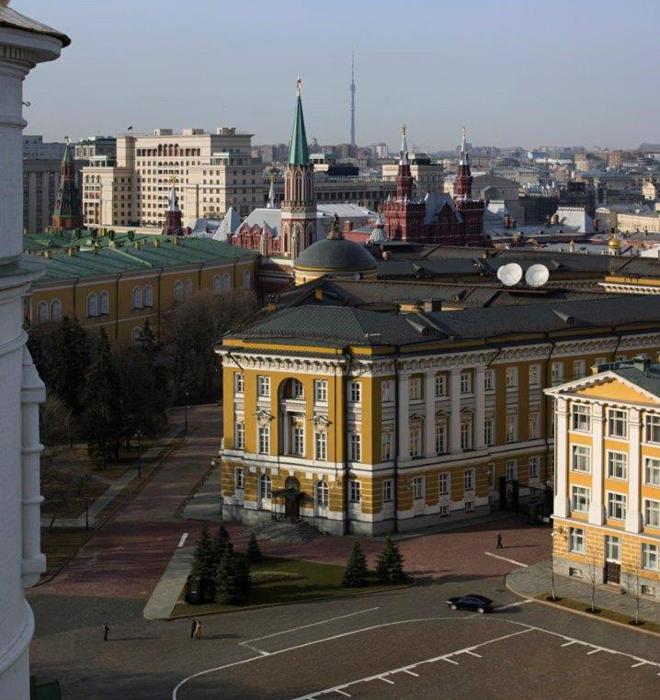 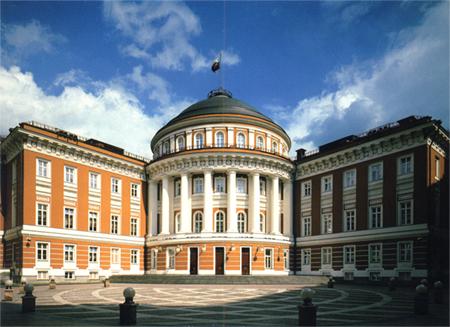 The façades are designed in a strict style of early classicism. The ground and first floors are rusticated and serve as a pedestal for the two upper floors, united by rhythmically arranged vertical niches with two rows of windows.The bevelled corners of the triangle and the centres of the sub-façades are decorated with avant-corps featuring Doric order pilasters and semi-circular niches. The façades are finished with classical entablature with a cornice on brackets.

The round hall of the Senate is rightly regarded as an architectural masterpiece. Contemporaries called it the Russian Pantheon. The hall, 24.7 m in diameter and 27 m high has a Corinthian order colonnade around its perimeter and is covered by a coffered dome with 24 light windows at its base. Sculptural thematic bas-reliefs adorn the piers between columns and windows.

The construction of the Senate was a new stage in forming a large public building type. Later it served as a model for public offices in many Russian provincial cities.

In Soviet times, the Senate housed the State Government. In 1992-1995, the building was reconstructed as the residence of the President of the Russian Federation. Historic interiors have retained only the round and the oval hall, the latter is no less exquisitely designed. Representative offices of the residence are decorated in a 19th-century style.