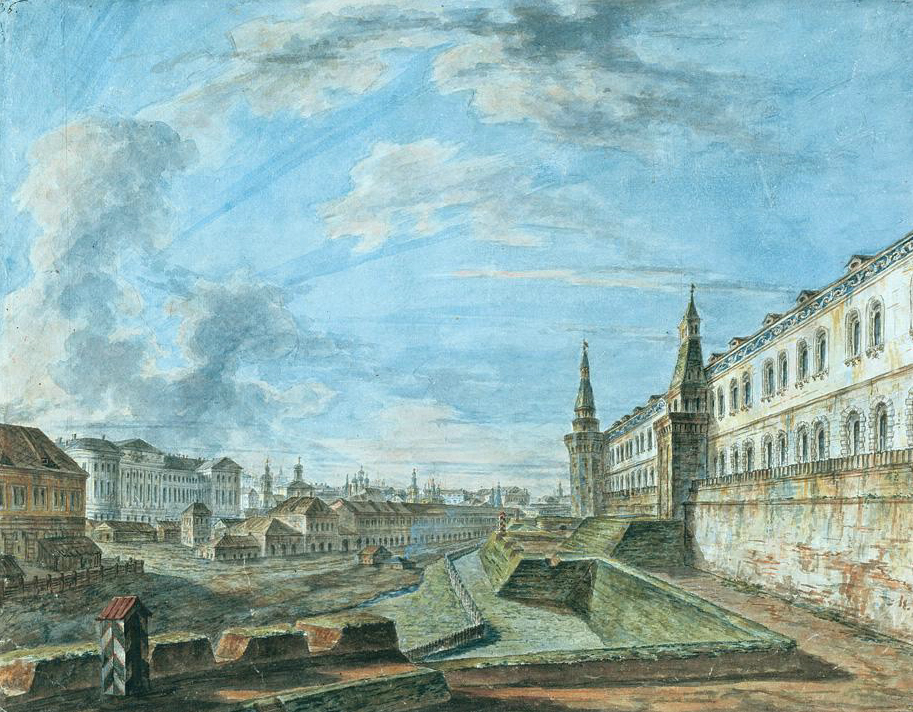 The Middle Arsenal (Sredniya Arsenalnaya) Tower (former Granyonnaya — Faceted) was built in 1493-1495 on the southwestern side of the Kremlin's wall, stretching along the Alexandrov Gardens. It was erected instead of the old white-stone corner tower of the epoch of Dmitri Donskoy. In the XV-XVIth centuries, the Neglinnaya River was dammed up near the tower. In 1680-s, an open four-faceted stone marquee with a watch-turret was added to it.

The tower was given its present-day name in the early XVIIIth century, during the construction of the Kremlin's Arsenal. Earlier it had been named Grannyonnaya (Faceted) because of its faceted facade. In 1821, while the Alexandrov Gardens was being set up, a decorative grotto designed by Ossip Bove was built at the tower's base. 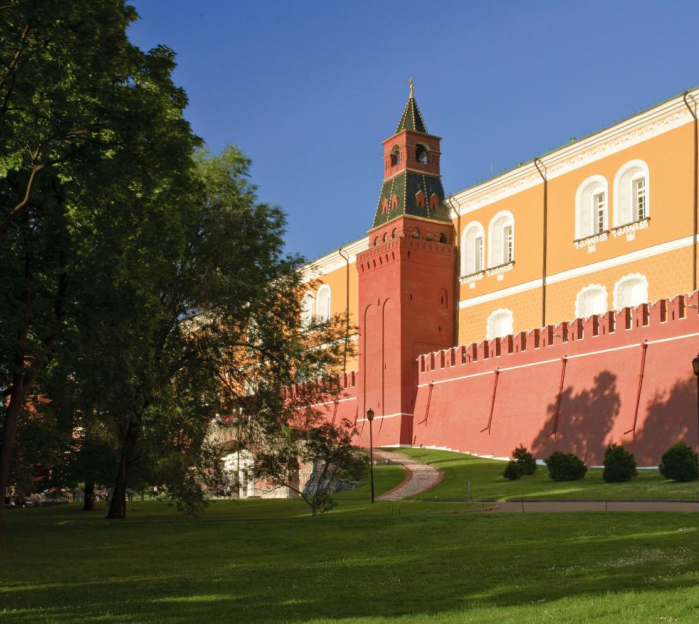 ÂÂÅÐÕ
We use cookies on our website
By continuing your visit to this site, you accept the use of cookies and other technologies to ensure the best possible use of our site and for web analytics.