This interstitial tower have been mainly protected the Kremlin's side facing Red Square. It must have been built in 1490-s. The tower's shape is simular to the Nabatnaya, Komendantskaya and Oruzheinaya Towers.

In 1680-s, it was overbuilt with a marquee topped with a weathervane. After the Kremlin Senate had been erected in 1787 by Matvei Kazakov, the tower was given its name. In 1930, Lenin's Mausoleum, a memorial tomb of the Bolsheviks' Revolution of 1917 leader Vladimir Lenin, was built in front of the Senatskaya (Senate) Tower. Since that time, the tower has become an important component of the ensemble of Red Square.

In 1918, a memorial plate «To those dead in fighting for peace and people's fraternity» created by sculpture Sergey Konyonkov was mounted at the Senatskaya (Senate) Tower. During the tower's restoration in 1950, the plate was removed and given over to the Museum of Revolution. 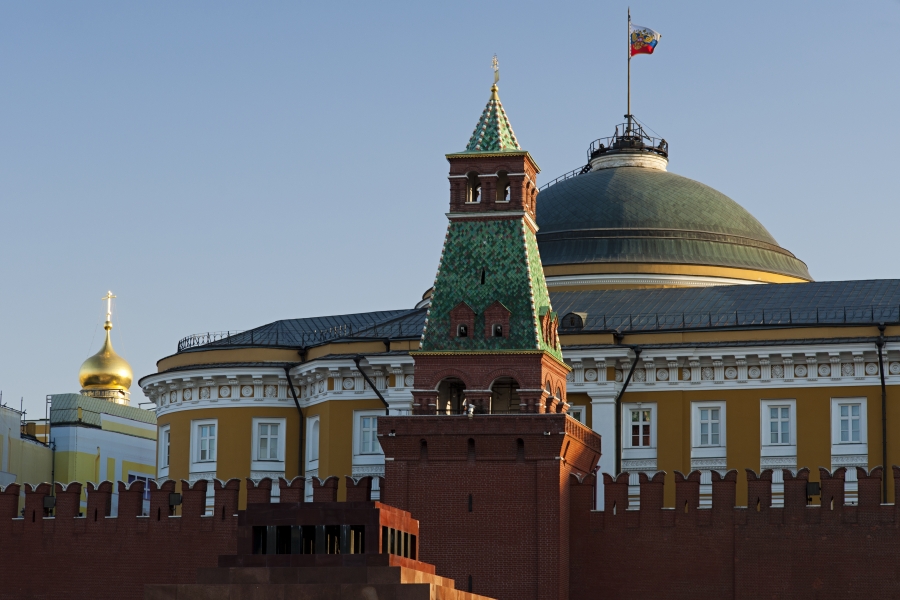