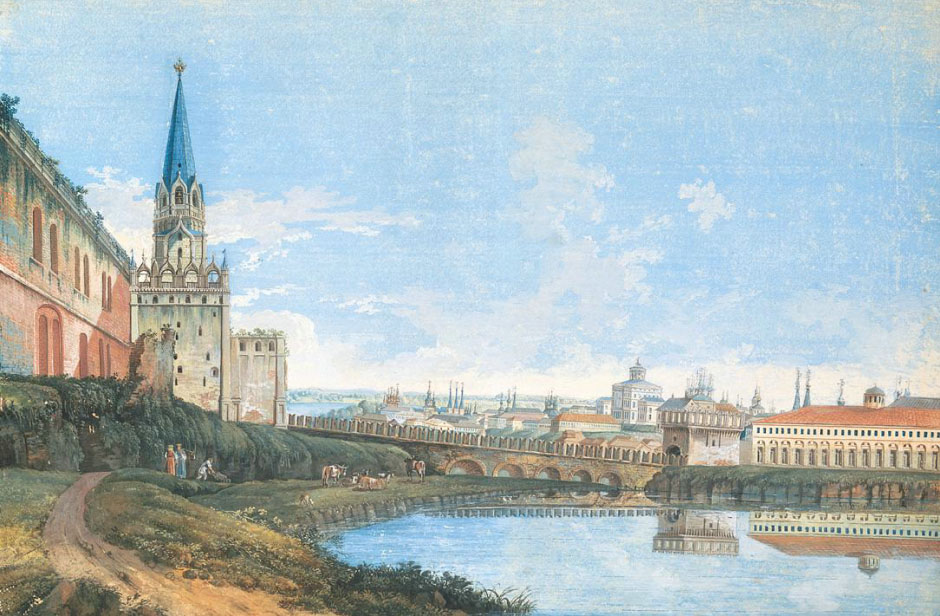 The Kutafiya Tower (former Predmostnaya) is the only tower that survived till nowadays. Such watchtowers protected the bridges that led to the fortress. It was erected in 1516 by architect Aleviz Fryasin of Milan. The short tower (18 m) encircled by a moat and a river, it had the only gate which was firmly shut in cases of danger.

The Kutafiya Tower was roofless and consisted of two levels. There were loopholes on the tower's top. In 1685, it was decorated with a filigree top. The drawbridges across the moat led to the side Gate. Up till now one can see chinks for the lifting machine's chains at the side Gate. 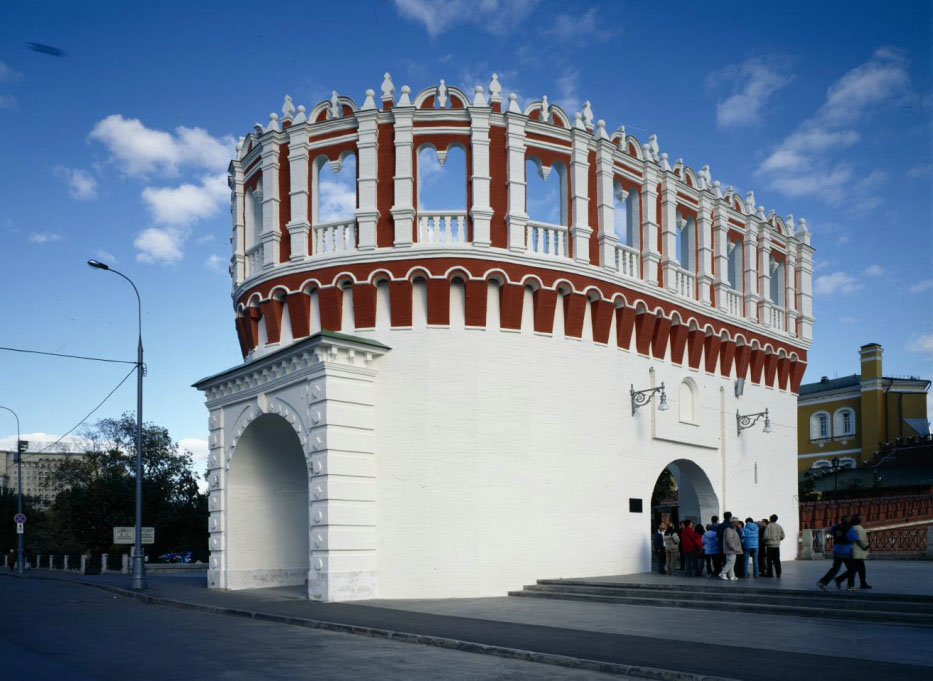 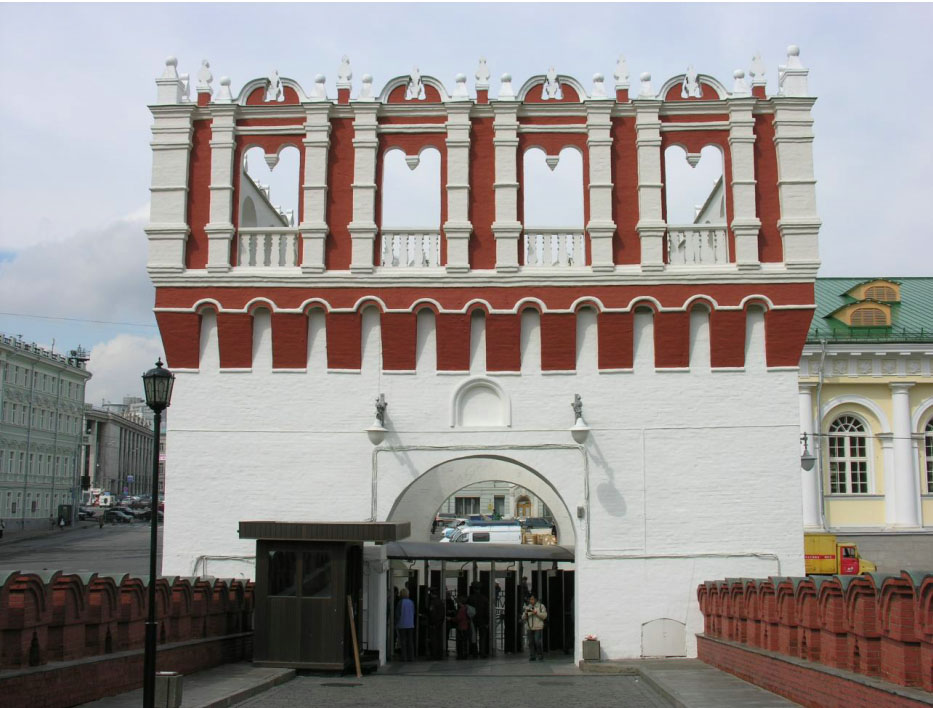