The Trinity (Troitskaya) Tower (former the Epiphany, of the Deposition of Our Lady's Robe, Holy Sign, Carriage) pass-tower with a side-strelnitsa is the main tower at the west side of the Kremlin. It was built in 1495-1499 by Aleviz Fryazin. The erection of fortifications at the Neglinnaya River, later — the Alexander Garden, was finished after its construction.

In 1516, a stone bridge was built over the Neglinnaya River, connected with a new watchtower — the Kutafiya Tower. In the XVIth to XVIIth centuries, the Troitskiye (Trinity) Gate was thought to be the Gate of second importance after the Spasskiye (Saviour) Gate. The Troitskiye Gate was used for passage to the Patriarch's estate and the Tsarinas' place in the Kremlin. 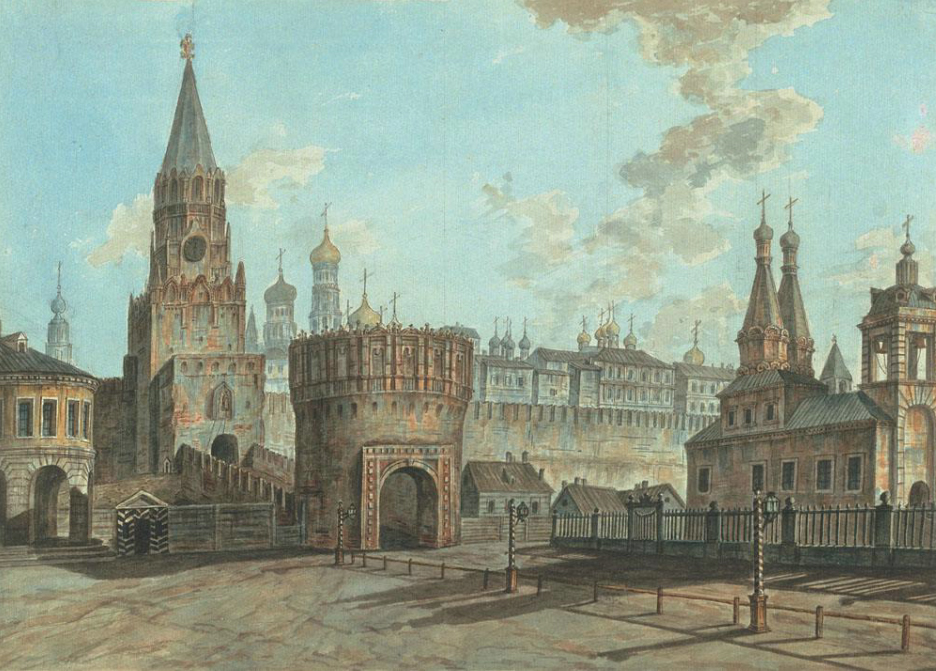 It was topped with a marquee in the end of the XVIIth century. Its decoration was similar to the Spasskaya (Saviour) Tower. A clock and chimes was also installed on the tower's top. It has never been restored after the fire of 1812.