This is quadrangular tower with with a through-passage on the eastern side of the Kremlin wall, built in 1491 by Pietro Antonio Solari. It has a side-strelnitsa facing Red Square.

Its name is linked both to the icon of St. Nicholas the Miracle-Worker that hung over the gate of the side-strelnitsa and with Nicholas Greek Monastery that had been located on Nikolskaya Street.

The tower had a drawbridge across the moat on Red Square. Its gate was protected by an iron grate-guersy.

In XVI-XVIIth centuries, the Nikolskaya Tower's gate was an entrance to the boyars' estates and the Kremlin's monasteries. The Nikolskaya Tower had survived in its original look much longer than others. In 1780, it was first overbuilt with a short stone marquee. In 1806, an eight-faceted Gothic style top and a high marquee was raised on the tower under the supervision of architect L. Roosk.

The tower was blown up when the French invaders were leaving Moscow in 1812. It was rebuilt on the project of architect Ossip Bove in 1816-1819. Up to 1935, the Nikolskaya Tower was crowned by the double-headed eagle. Later, a star made of stainless steel and coated with gilt red copper replaced it. In 1937, a new ruby star was installed instead of the steel one. 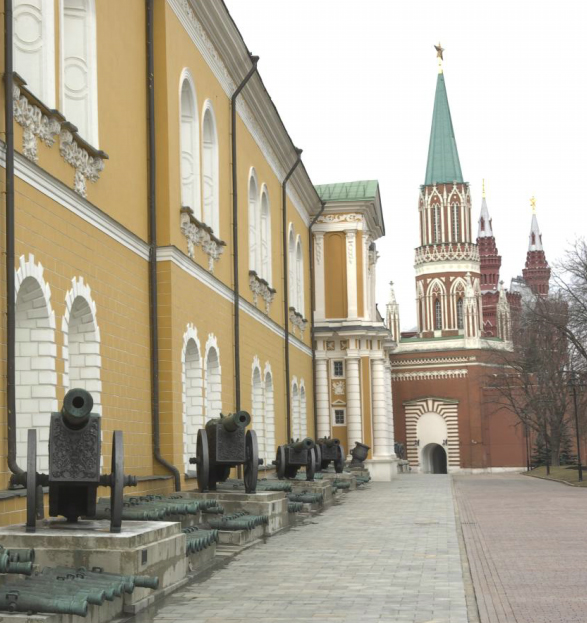